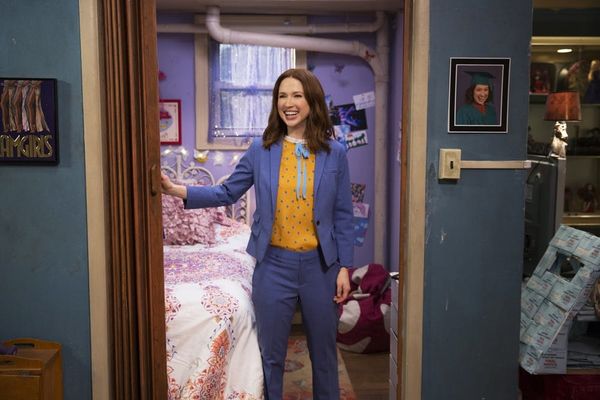 Season 4 of Netflix’s Unbreakable Kimmy Schmidt will be its last, but if the new trailer that dropped on Wednesday, January 16, is any indication, there’s still a lot of story left to tell.

The second half of the season is set to debut on Friday, January 25, picking up where the first half left off — with Kimmy (Ellie Kemper), Titus (Tituss Burgess), Lillian (Carol Kane), and Jacqueline (Jane Krakowski) blissfully unaware of the fact that they’re under surveillance by a mysterious man (The Punisher‘s Jon Bernthal).

“I have eyes on the target,” he said in Hebrew in the final moments of episode six. “Moving to phase two.”

The final episodes will see that ominous situation continue to play out, as Kimmy and her friends deal with their own personal dramas. Titus will find himself in a fake celebrity relationship, while Kimmy will try to promote her children’s book and do her best to remain unbreakable.

“I’ve been through a lot of terrible stuff,” she says in one scene from the trailer. “But I still believe that this is where I’m meant to be.”

Robert Carlock — who created the comedy with 30 Rock mastermind Tiny Fey — spoke with Entertainment Weekly about where they wanted to take Kimmy’s story during the final episodes. “The thing that she has to offer the world is this childlike optimism,” he explained.

That’s why it seemed so natural for Kimmy to write a children’s book. “She can connect to kids, speak their language, and talk about things they get, even if adults don’t,” Carlock added. “That idea of her finding a way to make the world a better place by getting to kids before society wrecks them is something we’re following through. Its landing place ends up being a success for her, but more importantly for the kids who connect to it.”

The final episodes of Unbreakable Kimmy Schmidt will hit Netflix on January 25.

Will you be watching the final episodes of Unbreakable Kimmy Schmidt? Let us know @BritandCo.