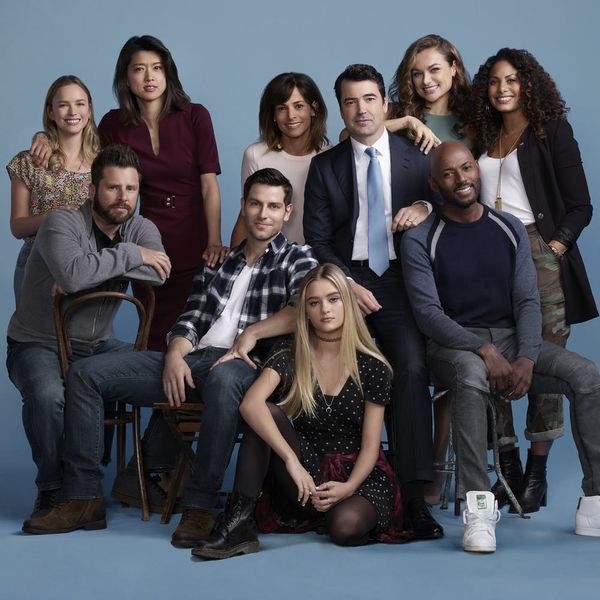 Welcome to Brit + Co’s Weekly Entertainment Planner! Each Monday, we highlight one thing we’re excited about in six categories — movies, TV, music, streaming services, podcasts, and a bonus pick from all of the above — to help you navigate your week in watching and listening. Check out our picks for the week of September 24 to 30 below. Your eyes and your ears will thank us!

Fall TV kickoff: The fall 2018 TV season kicks off in earnest this week, and there are simply too many returning favorites and promising newbies premiering to pick just one. So, in the interest of spreading the love, we’re sharing a handful of TV shows we think you’ll love this week. If you’re looking for brand-new series, check out the Manifest premiere (NBC, September 24) and A Million Little Things (ABC, September 26). But don’t forget about the premieres of This Is Us season 3 (NBC, September 25), Grey’s Anatomy season 15 (ABC, September 27), and The Good Place season forking 3 (NBC, September 27). (Photo via ABC/Matthias Clamer)

Made in Mexico (September 28): Netflix’s first Mexican reality series follows the local social elite and the newcomers looking to climb to their ranks. Check it out when it drops on September 28. (Photo via Netflix)

Serial season 3: The blockbuster podcast’s highly anticipated third season focuses on the larger picture of the American criminal justice system. Instead of focusing on one individual or case, as in seasons 1 and 2, host Sarah Koenig is telling a story through the lens of the often surreal everyday happenings at Cleveland, Ohio’s Justice Center, a building complex consisting of the Cleveland police headquarters, the Cuyahoga county and Cleveland municipal courts, and two jails. The first two episodes were released on Thursday, September 20, and await your obsessive listening online or wherever you get your podcasts.

Kesha, “Here Comes the Change”: As part of the soundtrack for the upcoming film On the Basis of Sex, inspired by the life and work of Ruth Bader Ginsburg, Kesha released a powerful new track about “not [tolerating] challenges to equality and freedom in our country.” You can listen to the song and watch the video — which features volunteers from a non-profit that works to get young people to vote — here. (Photo via Matt Winkelmeyer/Getty Images for dcp)

Smallfoot (September 28): An all-star voice cast including Channing Tatum, James Corden, Zendaya, Common, LeBron James, Gina Rodriguez, and Yara Shahidi put a too-cute twist on the Bigfoot legend by trying to prove that creatures known as “smallfeet” — AKA humans — really do exist. Just a slice of feel-good fun to kick off fall. Check it out in theaters starting September 28. (Photo via Warner Bros. Pictures)