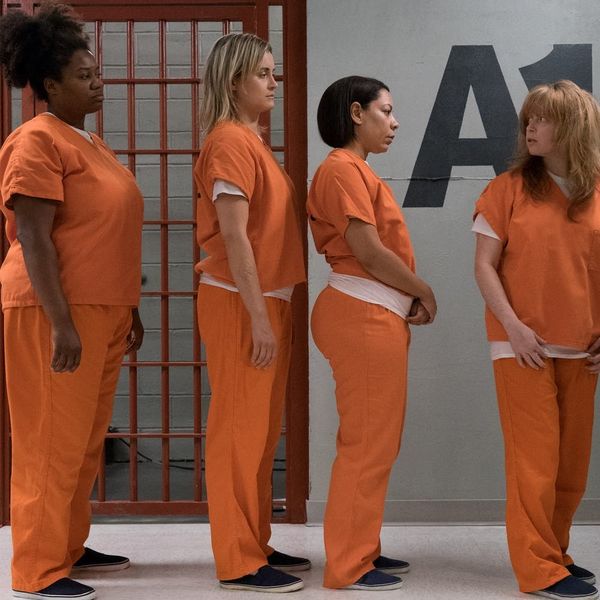 Welcome to Brit + Co’s Weekly Entertainment Planner! Each Monday, we highlight one thing we’re excited about in six categories — movies, TV, music, streaming services, podcasts, and a bonus pick from all of the above — to help you navigate your week in watching and listening. Check out our picks for the week of July 23 to 29 below. Your eyes and your ears will thank us!

Mission: Impossible — Fallout (July 27): Tom Cruise, Henry Cavill, Michelle Monaghan, and Rebecca Ferguson star in the sixth installment of the summer staple franchise. Cruise performed Ethan Hunt’s stunts himself and even broke his ankle on set, so this one is sure to be intense. Mission: Impossible — Fallout opens in theaters on Friday, July 27. (Photo via Paramount Pictures)

Burden of Truth (July 25): The CW’s new legal drama stars network vet Kristen Kreuk, whom you might recognize from shows including Beauty and the Beast and Smallville. Kreuk plays corporate lawyer Joanna Hanley, who returns to her small hometown to represent a major pharmaceutical company against a group of sick girls, but has a change of heart and sees that it’s the girls who need her help. Burden of Truth premiered on Canada’s CBC in January, and was recently renewed for a second season. It makes its US debut on the CW on Wednesday, July 25, at 8pm ET.

Orange Is the New Black (July 27): The Netflix hit returns for season 6, but this time, the ladies have left Litchfield. Piper, Alex, Red, and others have been transported to a maximum security facility, promising shake-ups in both the cast and the story lines. New episodes will be available on the streaming service on Friday, July 27. (Photo via Cara Howe/Netflix)

Ghost Town: Comedians Jason Horton and Rebecca Leib discuss some of the creepiest and most haunted places on earth, including, recently, renowned LA comedy venue the Comedy Store, whose history includes mob ties and even an on-site death. You can listen online or subscribe wherever you get your podcasts.

Panorama Music Festival (July 27 to 29): The Weeknd, Janet Jackson, The Killers, and lots more headline the Randall’s Island festival, which also makes a point of featuring local, experiential artists and food. If you’re in the area and are looking for something different this weekend, you can get tickets on the Panorama website. (Photo via Matt Winkelmeyer/Getty Images for dcp)

Castle Rock (July 25): Looking for a Stranger Things fix this summer while you wait for season 3’s return next year? Castle Rock might be just the ticket. Named for the fictional town where many of horror author Stephen King’s novels were set, and drawing from his extensive body of work, the Hulu series creates a whole new, very spooky, supernatural universe. The series premieres on Hulu on Wednesday, July 25. (Photo via Patrick Harbron/Hulu)