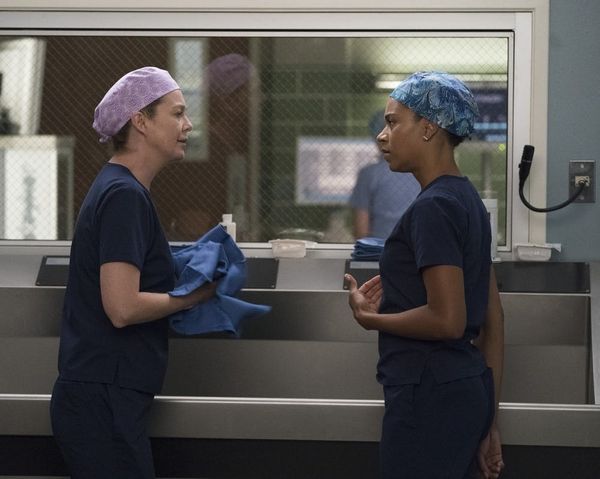 Welcome to Brit + Co’s Weekly Entertainment Planner! Each Monday, we highlight one thing we’re excited about in six categories — movies, TV, music, streaming services, podcasts, and a bonus pick from all of the above — to help you navigate your week in watching and listening. Check out our picks for the week of November 12 to 18 below. Your eyes and your ears will thank us!

Widows (November 16): Viola Davis is earning some early Oscar buzz for her starring role as the ringleader of an unlikely heist crew. Davis, Michelle Rodriguez, Elizabeth Debicki, and Cynthia Erivo play four women who, despite their differences, must band together to finish their husbands’ unfinished criminal business after their deaths. With a script co-written by Gillian Flynn (Gone Girl,Sharp Objects), you know it’s going to be intense. Check it out in theaters on Friday, November 16. (Photo via Merrick Morton/Twentieth Century Fox)

Grey’s Anatomy (November 15): Grey’s Anatomy‘s fall finale airs this Thursday, and from the looks of the preview ABC dropped after last week’s episode, it’s going to be a doozy. The episode will see the staff at Grey Sloan Memorial overwhelmed with patients during a massive windstorm, all while dealing with their own personal drama. Will Teddy tell Owen about her pregnancy? Will Meredith and DeLuca act on their obvious attraction to each other? What consequences will Richard face after the incident at the bar? Tune in to ABC on Thursday at 8pm. (Photo via ABC/Mitch Haaseth)

Dogs (November 16): We don’t know how else to say this: Netflix made a documentary series about dogs. The six-part show tells various stories about dogs and all the ways they make humans’ lives better around the world. There’s no way you don’t sob at least once per episode. Check it out when it arrives on Netflix on Friday, November 16. (Photo via Netflix)

WorkParty: Hosted by Create & Cultivate CEO Jaclyn Johnson, WorkParty is the perfect weekly podcast for career-minded creative and entrepreneurial women. Each week, guests such as Whitney Port, Ashley Tisdale, and more talk about all the advice they wish they’d received and dish out their own hard-earned wisdom on everything from negotiation skills, to owning your failures, to finances, and more. Get more episode info on the WorkParty website, and subscribe wherever you get your podcasts.

52nd Annual CMA Awards (November 14): Carrie Underwood and Brad Paisley return for their 11th hosting stint to honor the best in country music in 2018. Performers will include Underwood, Kelsea Ballerini, Luke Bryan, Kenny Chesney, Dan + Shay, Old Dominion, and Keith Urban, and you can watch it all live from the Bridgestone Arena in Nashville, Tennessee, on Wednesday, November 14, at 8pm ET on ABC. (Photo via ABC/Ed Herrera)

Fantastic Beasts: The Crimes of Grindelwald (November 16): The follow-up to 2016’s Fantastic Beasts and Where to Find Them is finally here. The sequel follows Dumbledore’s attempt to find Gellert Grindelwald and stop him from raising pure-blood wizards and witches for his evil doings. Eddie Redmayne also reprises his starring role as Newt Scamander, and Zoe Kravitz makes her debut as Leta Lestrange. Watch the highly anticipated sequel when it arrives in theaters on Friday, November 16.