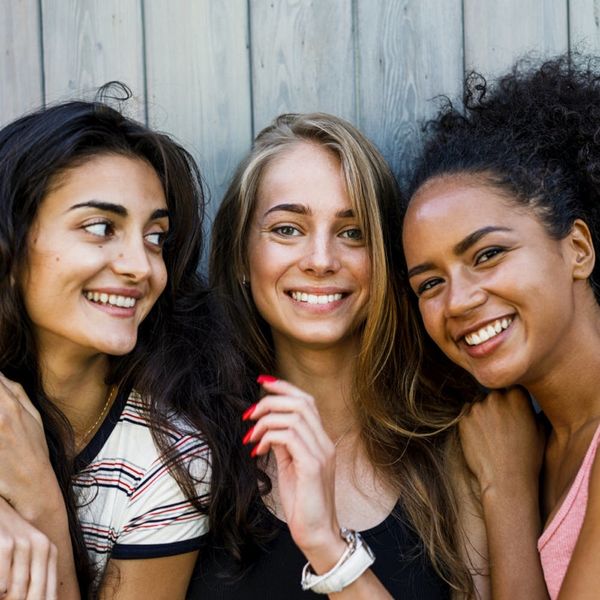 Have you ever wondered how your personality type impacts your friendships? After all, self-awareness is the key to any healthy relationship; you can’t grow (and help others do the same) if your friendship is full of blind spots. When you understand your natural tendencies and quirks — the good and the bad — you can maximize your strengths while working on areas where you might need to grow. To help shine some light on the way you approach the people you care about, here’s what type of friend you are based on your Myers-Briggs personality type.

While the practical, rule-following ISTJ might prefer crunching numbers to wild nights out, you can count on this personality type to be a loyal and faithful friend: Where another person might bail when things get tough, ISTJs are deeply committed to the people they love. In spite of the built-in loyalty, though, connection doesn’t come instantly with an ISTJ. This type of personality is slower to make friends, and as such, commits only to people they truly care about.

What’s in a name? For the “defender” ISFJ, a lot! Having an ISFJ as a friend is like having a guard dog on call — this personality type is both fiercely devoted to and protective of friends. While the ISFJ honorably defends their closest social circles, they’re also protective of their own emotions, which means they might come across as a little reserved at first.

INFJs are intuitive and deep, which means that as friends, they’re great listeners and even better advice-givers. But the INFJ’s empathy is a two-edged sword. Sometimes, this sensitive, in-tune personality can become meddlesome or impatient, thinking they know what’s best for their closest friends.

Active, adaptable, and addicted to thrills, the ISTP is fun to hang out with. This personality type has no trouble making friends; it’s going deep that comes with more difficulty for them. While ISTPs are observant and engaged with the world around them, they’re always on the go, which makes it harder for them to commit to any one thing or person.

Experts at enjoying the moment, ISFPs are warm and easygoing as friends — the kind of person you’d call if you wanted to embark on a last-minute adventure. Although ISFPs are known for their down-to-earth nature, they’re also highly sensitive and don’t take criticism well, so it might be best to focus on low-key fun with these pals.

The INFP — soulful, deep, and poetic to the core — thrives on deep connection and vulnerable conversation. This personality type is likely to be a sensitive, highly expressive friend, but given they are also introverted feelers, they may at times get lost in their own emotions and need space to process.

The intellectual and logical INTP may be picky about friends, but that doesn’t mean they never “click” with others. On the contrary: If you connect with an INTP on an intelligent or creative train of thought, you’ll probably quickly become fast friends. When it comes to time with loved ones, this personality much prefers to have long, deep conversations about ideas rather than emotions.

Straight-shooting, confident, and adventurous, the Entrepreneur is drawn to fast-paced outings with friends over slow-moving intellectual or emotional conversations. ESTPs are likely to seek out friends who share their spontaneous nature and zest for life. Because of their confidence, they’re also not likely to be offended by a friend’s judgment or opinions of them.

The life of the party in every circle, the ESFP is known for being an enthusiastic and thoughtful friend (the kind who never forgets to send a hand-written card on a birthday). This personality’s quick-witted, direct, and honest personality attracts a wide network of people to them, but they may also come across as scattered or flighty.

Equal parts enthusiastic about life and emotionally in tune, the ENFP loves to wax poetic over a cup of coffee as much as they’re up for a last-minute road trip. But this is where things get complicated: ENFPs are naturally highly idealistic, which means they often have unrealistic expectations for their long roster of friends.

There’s nothing ENTPs love more than earnest, lively debate. Whether it’s a deep dive into politics or gossip on the latest Kardashian saga, an ENTP knows their way around culture and always has an original, well-formed thought about it. Because they’re so good at seeing both sides, this personality might struggle with empathy in friendships.

No one is more loyal than the ESTJ. Faithful friends with little tolerance for nonsense, ESTJs enjoy surrounding themselves with equally responsible, honest people. Because they so deeply value those who are also drawn to structure and tradition in relationships, this personality might not open up well to those who don’t share their values.

The ESFJ is both easygoing and outgoing, meaning they’re very easy to be friends with — which is a plus, because they love being surrounded by people. Sincere and socially intelligent, the ESFJ is also sensitive and doesn’t handle criticism or judgment well, especially from those who are supposed to love them unconditionally.

Because they are driven by empathy, ENFJs enjoy connecting emotionally with their wide, diverse circle of friends. This personality type also values justice, which means they will defend their friends (and encourage them to grow) when no one else will. To some, this may feel stifling, but ENFJs typically pursue close friends who reciprocate their desire for commitment and growth in relationships.

ENTJs are intense, but that’s why they’re so amazing. They seek out friends who share their ambitious passion for growth and improvement, and they’re unlikely to invest time or energy in those who don’t want to get ahead. This personality type does demand a lot in relationships, but it’s usually not an issue since they’re so committed to giving themselves too.

How do you see your MBTI shaping your friendships? Tell us @BritandCo.