Why #MyMentalHealthIn5Words Is Getting People Talking 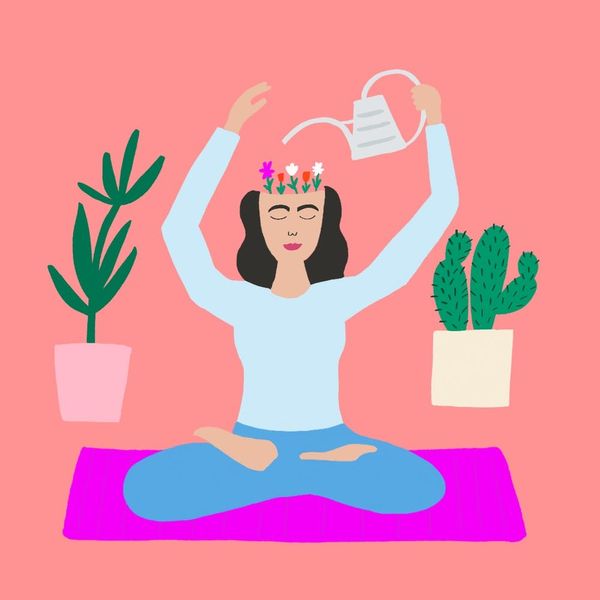 Feelings of depression and anxiety were once considered signs of weakness, a shameful fact of life to be hidden away or spoken of in whispers. These days, through ongoing public education, we’re starting to understand that mental health is every bit as important to tend to as physical health, and that struggling is nothing to be blamed for — and nothing to hide.

A hashtag currently trending on Twitter is just one example of the (very healthy) impulse to share internal struggles instead of hiding them away.

#MyMentalHealthIn5Words encourages people to share their mental state in brief, and the results are both poignant and poetic.

Some people opened up about the suffering they experience:

I’m tired of fighting myself. #MyMentalHealthIn5Words

Others used the trending hashtag to educate:

Depression is not a choice #MyMentalHealthIn5Words

You are not your illness. #MyMentalHealthIn5Words

Not every illness is visible. #MyMentalHealthIn5Words

Many offered encouragement to others in a dark place:

Your story is not over. #MyMentalHealthIn5Words

One of the impetuses behind the hashtag’s sudden explosion is the reported death and possible suicide of Korean pop star and SHINee frontman Kim Jonghyun. Rolling Stone reports that the 27-year-old singer was found unconscious at a hotel in Seoul on Monday and was taken to hospital where he was later pronounced dead. He reportedly sent several troubling text messages to his sister and coal briquettes, which produce carbon monoxide, were found in a frying pan in his room.

Many tweets combined the hashtag with Jonghyun’s name:

#MyMentalHealthIn5Words:
You have a purpose here.

Deep down, you can find the strength to overcome anything. You were put onto this world for a reason. Seize that opportunity. Make a difference. Inspire. #Jonghyun #SHINeeForever #RIPJonghyun

If nothing else, this sudden outpouring of openness teaches us that no matter how bad we feel, or how dark it gets, we are never alone.

Have you participated in the hashtag? Tell us @britandco.

Lia Grainger
Lia Grainger is a freelance journalist and reluctant nomad who divides her time between Canada and Spain, weather dependent. She's written for The Atlantic, Reader's Digest, the Toronto Star and other print and online publications, and her work appears in dozens of languages around the world.
Mental Health
Womens Health
Mental Health twitter