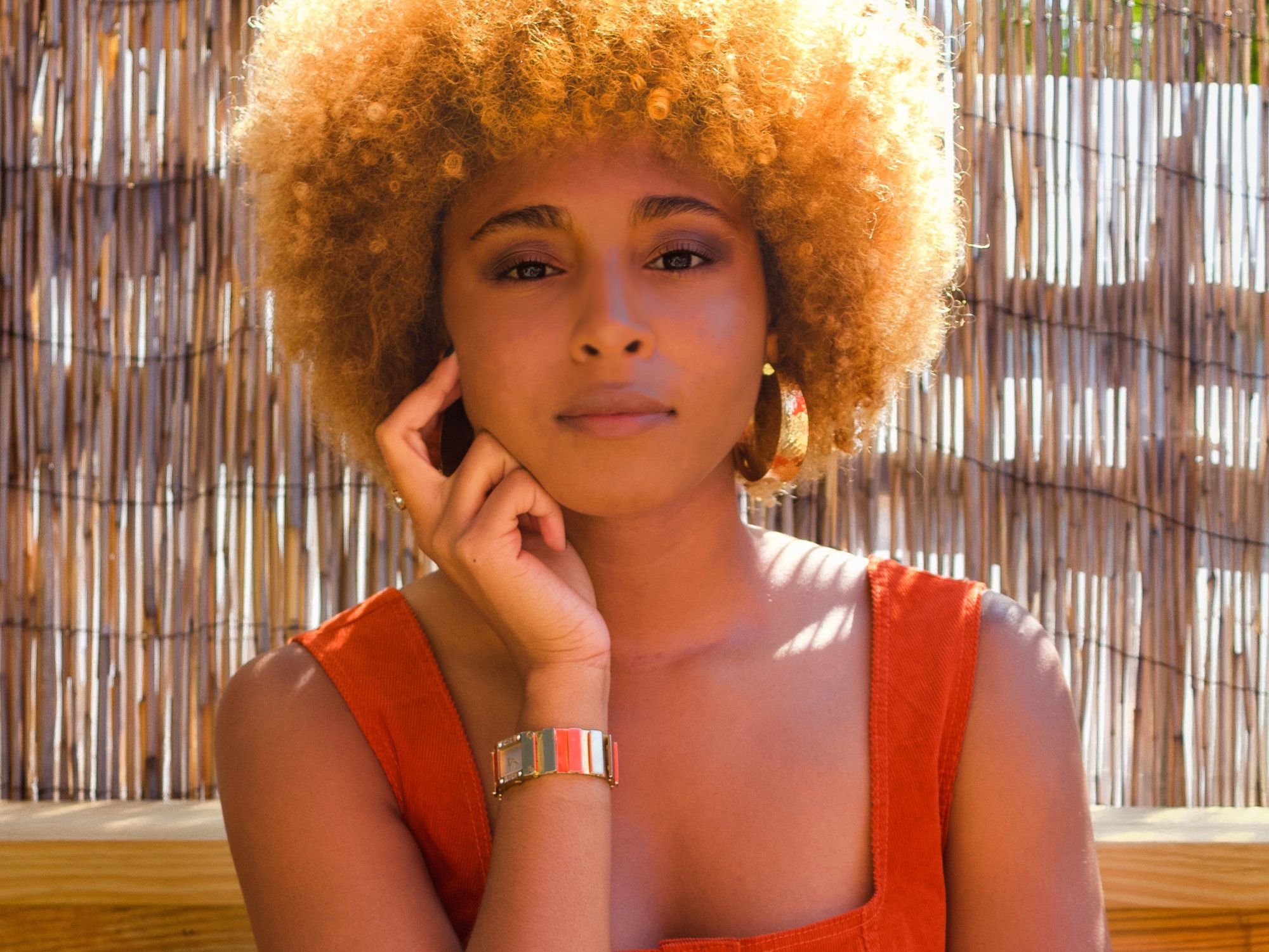 A Woman's Place: Women in Animation and Illustration

“A Woman’s Place” is a series spotlighting the women making bold moves in male-dominated industries.

During Disney’s golden age in the first half of the 20th century, the studio employed a group of women illustrators and animators known as the “Ink and Paint Girls.” The women-only department at Disney was responsible for the studio’s biggest classics, and at a high cost. In her 2010 profile of the department, journalist Patricia Zohn noted that the women, who were responsible for completing every single cell of animation for every movie made in the 1930s and ‘40s, were worked to exhaustion — often over 85 hours a week — but never credited the way their male counterparts were.

“I think when you have nothing, you are very grateful for scraps,” Toronto-based comics illustrator Megan Kearney explains when we talk about the Ink and Paint girls. Kearney has designed comic book illustrations for powerhouse publishers like Dark Horse, Bedside Press, and even Disney.

And while a near-century ago, the Ink and Paint girls were likely grateful for the work they were getting, today’s animators and illustrators have forged ahead beyond the scraps handed out by companies angling for women who would work harder, and longer hours, for less pay or even attribution.

Panels from Masks by Megan Kearney

Within animation in particular, men have been considered the dominant force, regardless of how many women are trying to work within the industry. And the numbers are disheartening: Although women in post-secondary animation programs make up more than 50 percent of the classroom, they account for only one-fifth of the workforce.

In comic and graphic illustration, women haven’t fared much better. During what’s considered the “Golden Age” of comic books (roughly starting when Superman was first published in 1939 until 1950 or so), there were few women known to be working in the industry. One outlier of this tradition was the now-defunct Fiction House, a company that specialized in woman-centered stories and featured a number of women drawing the panels.

But between the late 1930s and the early 2000s, women weren’t regarded as major players, and even today only one out of every ten comic book illustrators working at major print houses like DC and Marvel are women.

And although there have been several women throughout the history of comic illustration — like Marvel’s Marie Severin, who has been credited as one of the most expressive illustrators in comic history, with some likening her coloring technique to adding background music for effect in a movie, or Trina Robbins, famously the first woman to draw Wonder Woman for DC — the struggle to get work is still very real for women in these fields.

Just breaking into the industry, Kearney admits, remains a challenge. Most major comic book publishers are focused on making the most money, and for them, that means male-oriented superhero books — something Kearney feels ostracizes both women fans and women creators, leaving female illustrators like her to come up with their own stories and characters and even to self-publish their own books.

While Kearney has been creating comic books for girls and women on her own terms, fellow Toronto-based animator and storyboard artist Mel Maduro has noticed that while she’s been steadily working since graduating from college, most of the animation she’s been hired for has been decidedly geared toward girls and women, instead of the traditional male-geared cartoon genre.

“It’s a hard balance because it’s obviously good to have women representing [our] demographic [in the industry],” says Maduro, “but if it’s going to be a weird separation where everything female-oriented needs to be done by a woman, it limits the amount of work that women get, because in actuality, there’s way more content for ‘boys.’”

So although Maduro has worked on shows like Cartoon Network’s Ugly Americans, over the course of her decade-long career, she’s been tapped almost exclusively for preschool shows or girl-oriented cartoons like Barbie: Life In The Dream House.

Representation beyond a token level can have a huge impact on the next generation of artists, something both Maduro and Kearney mentioned when talking about their shared influence: a Japanese cartoon and manga (comic book) series that inspired hundreds of women artists.

For comic and animation fans who grew up in the mid-1990s, there’s almost no Japanese animated series more well known than Sailor Moon. The show, and the manga it was based on, featured a nerdy Japanese schoolgirl who was given the power to transform into the titular superhero character along with her friends, fighting all manner of villain that dared attack the earth.

The show appealed to its young fans for many reasons: female friendship, strong women, relatable coming-of-age content, and a love interest who actually cared about his love interest on a deep level. Both Maduro and Kearney credit the show and the original Japanese manga with sparking their understanding that they could, in fact, be involved in what was previously believed to be a boys’ world.

“Not only were there [female] characters who played video games and read comics, but in the credits, it said, ‘Based on a comic by Naoko Takeuchi,’” Kearney recounts.The realization that there was, as she calls it, “a girl comic,” helped her see past the grocery store superhero fare and solidified the idea that there were girls like her, interested in the same things she is, creating art for other girls and women.

Maduro also credits Sailor Moon with helping her see the options available to her as an animator, and connects those early days of cartoon watching to the shift in cartoons today. “Now there are shows like Steven Universe and Hilda and it’s just really positive content, positive role models,” she says. “It’s incredible how many talented women are working.”

Of course, true industry inclusivity demands more than “women.” New York City-based producer and writer Taylor Shaw realized just how far the animation world still has to go when she was looking for animators for a project and wanted to hire women of color to do the work — specifically, Black women.

“I was creating a project that centered on Black women, and I thought, ‘Black women should be animating [this],’” she explains. “But I didn’t know it was such a tough act. I didn’t know that Black women, women of color, and non-binary women weren’t visible [in the industry].”

That realization helped spur Shaw to create Black Women Animate, a community and studio aimed at giving women and non-binary people of color a chance to work in their chosen field.

“We have had meetings where folks have said their companies couldn’t align with us because of the name of our network,” Shaw explains. “But it speaks to why our name is Black Women Animate, and it speaks to why so many networks have reached out to us.”

She continues: “We don’t only represent Black women — we represent the idea that this whole industry needs to shift. And if we support Black women, we end up supporting all women, and all people of color in the spaces in animation and getting work.”

It’s something Kearney’s been working on, too. At her home base, she helps run a comic studio called Comic Book Embassy — a place where women, femmes, and non-binary artists have come to find a home and a voice in the diversifying world of comics.

Because of initiatives like Kearney’s and Shaw’s, the artists we spoke to were hopeful for the future of animation. But one thing stuck out with all of them: While many industry insiders are actively attempting to establish a more diverse workforce with more diverse stories, their initiatives are being overshadowed by the voices of so-called “fans” peppering the internet with hateful comments about women creators in the field.

“Sometimes I think that it’s tricky because it’s so important to get exposure and get yourself out there, but to have to do that and have all these people constantly berating you for your depictions of stuff, about how your art is not how it’s supposed to look, et cetera — it’s harder to deal with fans than people in the industry," Maduro says.

And while she tries to stand up for herself and fellow women creators, constantly fighting for your right to exist is taxing. “It’s hard to overcome the fact that it’s an industry you love but so many people involved in it are so toxic,” Maduro admits. “I’m just so tired. I’m not afraid to engage or call people out, but I’m so tired.”

Although Kearney opines that “comics” equal superhero movies to the casual fan, she points out that superhero-oriented comic books aren’t always necessarily the highest-selling comics on the market.

“We see great stuff like Ms. Marvel, Lumberjanes, and Gotham Academy that’s really diverse and forward-thinking, but people seem to find ways to say that these don’t count,” she says. “You can choose not to look, but it’s selling, and people like it, and it’s accessible.”

And that accessibility will get even broader if Shaw can help it. “We want that sustainable pipeline to be built and help young girls and non-binary kids get into animation at a younger age,” she says.

It’s what Kearney thinks is the start of a new a golden age of illustration: one that's centered on stories that women and girls have to tell, instead of the old tropes that have been so played out in more traditional illustration and animation.

“A whole generation came out with what they wanted to do, and in ways they wanted to do it, and it’s mostly girls,” she says. “Kids are not going to have to go find specialty shops to just try and get their hands on a comic book [anymore].”

And that accessibility and support is changing not only the way that artists create but also how everyone gets to see themselves in movies, shows, and on the page. “[There are] so many creators with so many stories they want to tell,” Kearney says gleefully. “We’re finally getting a platform for them.”