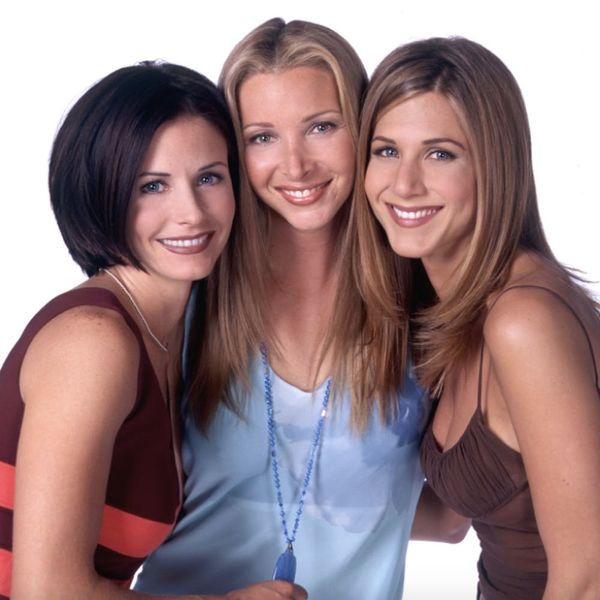 Everyone wants a good friend around to celebrate the good times (popping Champagne alone when you get a new job or dump a boyfriend just isn’t as much fun), but it’s those truly tough times when we really need our best friends. As many women know, their best girlfriends make the best BFFs, the ones who will be there in a pinch to bail us out, help us out, or just hear us out.

While researching her new book You’re the Only One I Can Tell: Inside the Language of Women’s Friendships, author and Georgetown professor of linguistics Deborah Tannen spoke with more than 80 women about their friendships with other women. In an essay adapted from her book published in the New York Times yesterday, Tannen writes that many women spoke about friends coming through in very trying times, even if the friends weren’t yet close.

Tannen recounts the story of one woman who had some close friends bail out of the picture when her husband was diagnosed with Parkinson’s disease. Other women that were in her circle — but who she wouldn’t have described as her best friends — really stepped up and were there for her. She became especially close with these once-casual friends through all the time they spent together during her husband’s illness, and bonded through coming together during tough times.

Happy birthday, Gayle King! Take a look back at Oprah and Gayle through the years https://t.co/rBBLmduMdr pic.twitter.com/0urEP2x7oP

We talked to a few women who have had BFFs come through for them in ways we’d normally associate with family or a romantic partner, providing support when it was needed, even when a lot of support is in order.

Kiersi, who is 28 and lives in Wyoming, tells Brit + Co that last year she was going to move to a new place when she fell behind on packing and preparations, and was having money problems to boot. One of her friends bought an airline ticket to help her with moving, and even covered both of their hotel costs during the long drive from Colorado to Oregon. Kiersi says that this friend is great about being there and helping out, and sees her close friends as “life partners.” No, you’re crying!

Another woman, Kim, tells us that her best friend has been there for her for the last several months while she’s been dealing with an illness. Kim is 32 and lives in Chicago, and is dealing with ulcerative colitis and rheumatoid arthritis. She’s in a lot of pain daily and is constantly exhausted. But fortunately, for the last eight months while she’s been managing RA flares she can’t find a good medication for, her best friend has been helping out.

She tells us that on days that she is too sick to make meals, her best friend makes lunches for her, and even brings them to work so Kim doesn’t have to worry about packing a lunch. Since Kim has been sick for coming up on a year, she still has to go to work even when she’s feeling terrible, but her best friend can at least ease the burden of lunch.

And sometimes there are those friends who put their lives on pause when their best friends need care, but also tough love. Lori, who is now 50 and lives in Toronto, was going through a tough divorce 14 years ago. She had two young sons at the time, and one day finally kicked her husband out of their house in Seattle. But it wasn’t a cut-and-dried affair: Lori is Canadian, and didn’t have a work visa or any money.

Knowing how tough a spot she was in, Lori’s best friend since fourth grade flew from Toronto to Seattle to help her get her life back on track. Lori tells us her best friend helped her out with her kids and went grocery shopping for the family, but also told Lori she had to get her life sorted because her boys needed her. The combination of frankness and long-term support was exactly what Lori needed to get back on solid ground emotionally and financially.

As if all of these comforting stories of best friendship aren’t enough to convince someone that women are the best best friends, there’s research that backs it up too! A UCLA study from 2000 found that to manage stress, women are prone to “tend and befriend,” the former referring to caring for their children, and the latter meaning they turn to friendships. The same study found that men tend to deal with stress by going into flight-or-fight mode, but women reach out to friends and lean on their friendships when stress has them down.

With all the bad news and goings on out there in the world, it’s nice to at least have a best friend who will show up and help out no matter what.

Do you have a story about your BFF coming through for you? Tell us about it on Twitter @BritandCo.