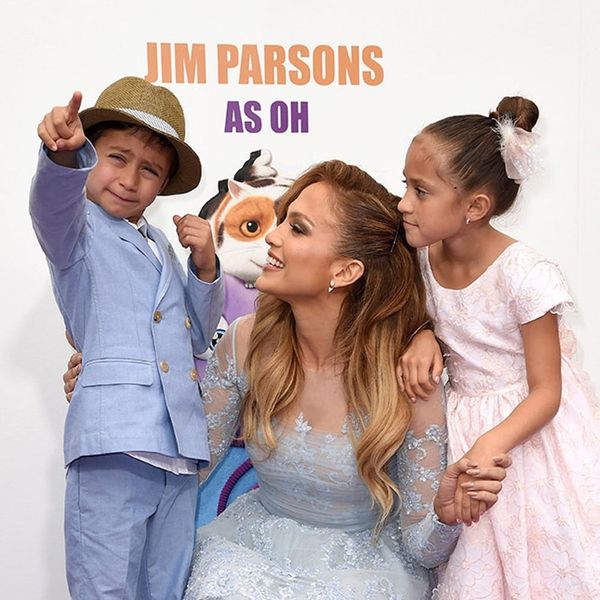 Mother’s Day is so close! Take a break from your mom-spoiling preparation — whether that’s a DIY gift or breakfast in bed — to learn about some powerful women who also get to be called mom. Working Mother released its annual Most Powerful Moms list and it’s overflowing with inspiring #mombosses and famous ladies that are building an empire professionally and personally.

The Most Powerful Moms list includes a range of notable faces, and probably a few that you’ve seen before. There are the mothers of the star-studded kind, like Beyoncé, Angelina Jolie, Kim Kardashian, Madonna and Victoria Beckham. There were also quite a few big-time business women spanning fields like tech and fashion, including Marissa Mayer, Tory Burch, Jenna Lyons and Melinda Gates (to name a few!). But since you likely know all about *those* mothers, we decided to highlight some of the moms who made the list that you might not be following on Instagram. Yet. Check out these under-the-radar power moms below.

1. Nancy Dubuc: She’s the president and CEO of A+E, which means she oversees multiple networks and is in charge of entertaining nearly one billion viewers worldwide. While those numbers are impressive, her biggest and most meaningful critics are right at home: her two children.

2. Donna Langley: The Universal Pictures chairman and mother of two boys helped to guide the Fast + Furious franchise, simultaneously becoming one of the most powerful women in Hollywood and pretty darn popular at home.

3. Jill Soloway: This writer/producer/playwright/director not only runs the show (Amazon’s Transparent)m but she also rules her house, occupied by an 18-year-old and a 6-year-old.

4. Yao Chen: In addition to being a new mom, this actress is also a major philanthropist. She was recently named a UN Refugee Agency Goodwill Ambassador and also uses her huge social media following to shine a light on social and environmental issues in China.

5. Emmanuelle Alt: The mother of two and editor-in-chief of Vogue Paris has turned the formerly provocative publication around while juggling her two (surely) fashionable kids’ busy schedules.

6. Mary Callahan Erdoes: When she’s not balancing the schedules of her three children, the CEO of JPMorgan Asset Management also oversees two programs that give women more opportunities within the finance field. Hear, hear!

8. Sarah Hofstetter: The 360i CEO has lead huge clients like Oreo, HBO and Coca-Cola to consumers in her professional life, and continues to guide her two children to bright futures at home.

9. Susan Wojcicki: YouTube’s newly appointed CEO (and one of the very first Googlers) is a mother of five and is one of six women CEOs at the top 100 tech companies in the US.

10. Lisa Utzschneider: Currently at Yahoo! as the Senior VP of American Sales, the mother of one is a powerhouse when it comes to bringing in revenue for the search giant.

11. Rania al Abdullah: The Queen of Jordan and mother of four is also known as a powerful human rights activist. The former Apple employee uses her profile to empower women and children in the Middle East and worldwide through her nonprofit Jordan River Foundation and her work with UNICEF, UNGEI, the Clinton Global Initiative and the World Economic Forum.

12. Angela Ahrendts: Mom of three and Apple’s Senior VP of Retail + Online Stores (and former CEO of Burberry) was a part of a pretty big special project recently. She helped launch this cool new gadget you may have heard of — the Apple Watch.

13. Mary Barra: With General Motors for 34 years, she’s climbed up the ladder and is now the automobile company’s CEO. When she heads home for the day, she takes care of her teenage son and daughter.

14. Safra Catz: The world’s top paid female exec and CFO, this mother of two and Oracle President/CEO has more than a little on her plate.

15. Sheryl Sandberg: The Lean In author and COO of Facebook is the mother of two young boys and has totally revolutionized the way we talk about gender equality in the workplace.