WTF: This Machine Will Practically Do Your Workout for You 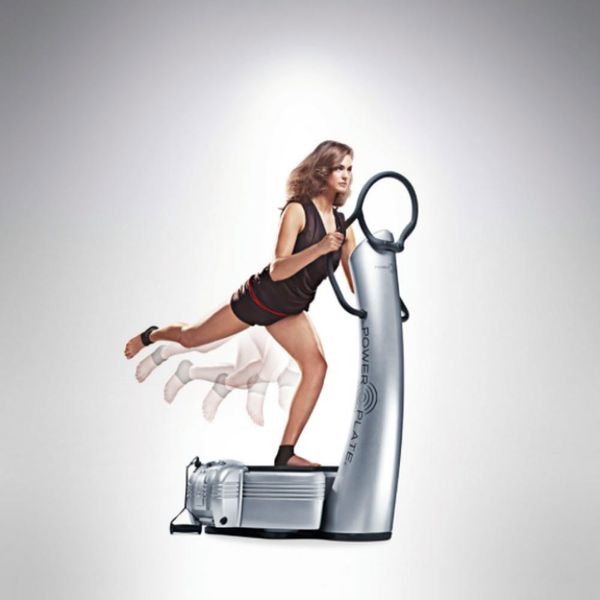 Working out with Jessica Alba-level commitment in the throes of summer isn’t always easy: even celebs like Sophia Bush struggle to get a good sweat in from time to time, as she recently told us when we caught up with her after a yoga class in Chicago.

Enter PlateFit: a celeb-approved workout which incorporates a vibrating machine that basically does your workout for you.

It’s called a power vibration plate machine, and yes, it’s real. In fact, the concept behind it is far from new: Stand atop a device that gives off such powerful vibrations, your body is physically forced to move and burn calories. Supermodels such as Cindy Crawford and Heidi Klum were way ahead of game with regard to the fad, using it back in the ‘00s to get picture-perfect physiques.

The emergence of the new PlateFit studio in West Hollywood, however, sees the craze coming back with a vengeance, with everyone from Eva Longoria to Demi Lovato jumping onboard.

While it sounds shockingly easy — the wildly popular CELUFIT class involves laying, stretching and massaging (um, yes?) — owner Rachael Blumberg told E! that every class on the roster (other options include dance, yoga and barre) will basically have you drenched in sweat: makes sense when you consider the fact that the machine is designed to contract your muscles 30 to 50 times per second. In fact, Rachael told the outlet that you can get in a 90 minute workout in less than 30 minutes!

The catch? The class is currently only offered in LA — womp, womp. Not to worry, however: While pro versions of its machine will run you upwards of $15,000 (yikes!) you can make do with something similar like this Gadget Fit Power Vibration Plate for around $200.

Would you try PlateFit to blast your problem areas? Let us know over @BritandCo!

Nicole Briese
Nicole is the weekend editor for Brit + Co who loves bringing you all the latest buzz. When she's not busy typing away into the wee hours, you can usually find her canoodling with her fur babies, rooting around in a bookstore, or rocking out at a concert of some sort (Guns N' Roses forever!). Check out all her latest musings and past work at nicolebjean.com.
Fitness
Entertainment
Fitness Healthy Living Workouts
More From Entertainment