WTF Do You Wear Under Topshop’s Clear Jeans? 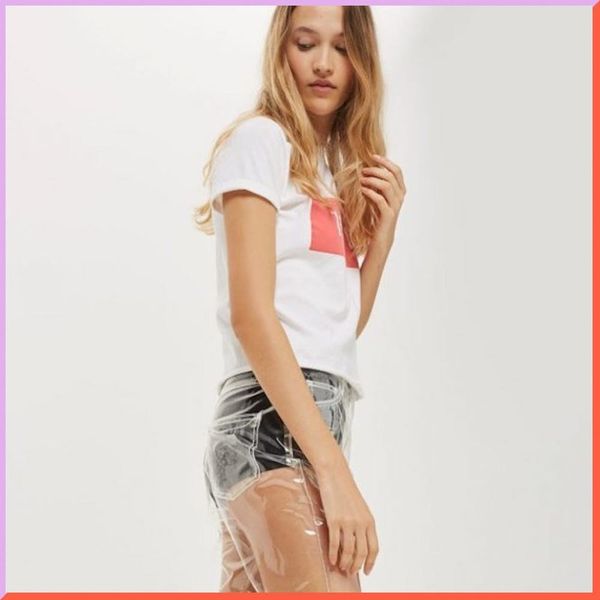 Topshop has made some — interesting design choices lately. They came out with those infamous windowpane “Clear Knee Mom Jeans” that left the internet scratching its collective head, and now they’ve gone and made a super weird new clothing item, and people are seriously confused.

We have so many questions! Aside from looking difficult to pull off, are they also hard to pull on? What happens when you sweat? Does it make condensation? Are these breathable, you think? Yep, we’re confused, and so is Twitter.

Clear jeans — now, everyone will know when you go commando!

topshop is now selling CLEAR JEANS. i hate 2017 so much pic.twitter.com/sIE9DjlKdB

Why spend €76 on clear jeans when you can just use cling film pic.twitter.com/Xi4MzUwMqe

Clear plastic jeans?? Your scientists were so preoccupied with whether they could, they didn't stop to think about whether they should.

Topshop: Everybody hated the clear knee jeans we should make more normal pants

We’re really not sure what to think of this new development in fashion, but we suppose it’s as good an excuse as any to rock those new sequined bikini bottoms. Because what else do you wear under these?!

What do you think of these clear jeans? Tell us @BritandCo!

Shea Lignitz
Shea can be found in the nearest bookstore or brewery, exploring the great outdoors, or blasting Led Zeppelin. She grew up in the cold and rain of Northern California's redwoods but is currently wandering around Texas.
Jeans
Style News
Jeans
More From Style News