Yep, That *Was* a Joint You Spotted in Khloé Kardashian’s Hand on KUWTK 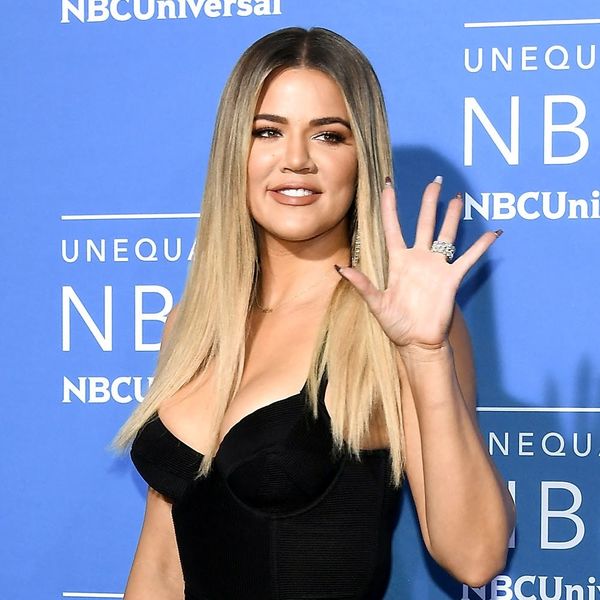 In case you needed further proof that attitudes are quickly changing when it comes to marijuana (though, TBH, we would have thought that weed weddings, functional weed fashion, and it possibly soon being legal in all 50 states would be proof enough), the fact that celebs are becoming more honest about sparking up might, well, spark your attention. That’s why we’re not totally shocked to hear that, yep, that was indeed a joint you spotted in Khloé Kardashian’s hand on Sunday night’s episode of Keeping Up With the Kardashians.

Always sure to bring us plenty of style, drama, and glimpses into their luxe lifestyles, the Kardashians have long been open about their pot use: A previous episode featured Kris and her mother MJ getting high on medicinal weed, and everyone knows Kylie Jenner has no issues letting fans in on her recreational habits (with plenty of pot-related picspopping up on Instagram). That makes Khloé Kardashian just the latest family member to indulge, as fans clearly saw when she gave Scott Disick a hug on a family vacay in Costa Rica.

Am I the only one that noticed Khloe Kardashian holding a spliff on KUWTK??? pic.twitter.com/whZQLCD5Xm

Though you might assume this could earn the reality TV star a slap on the wrist both legally and from her network, E! is apparently cool with the joint showing up (they *did* air it, after all), as weed is perfectly legal for personal use in Costa Rica (where the fam happened to be filming). So, as far as officials are concerned, there’s no problem here at all.

As for fans, that remains to be seen.

What do you think about Khloé Kardashian’s joint being shown on KUWTK? Let us know @BritandCo!

Desiree O
Desirée O is a ‘Professional Bohemian’ who loves anything and everything related to the arts, entertainment, and pop culture. She ADORES being a ‘Newsy’ for Brit + Co, covering all of the latest tidbits of awesomeness that you want to read about. When she’s not writing, she’s either making messy art, going on long adventurous walks with her camera, or poking around over at bohemianizm (http://www.bohemianizm.com/). You can find out about Desirée O and her work at http://DesireeO.com/ or follow her on Twitter @DesireeO.
Controversy
Celebrity News
Controversy Kardashians
More From Celebrity News