Here’s Why the Hashtag #youlookdisgusting Is Currently Trending 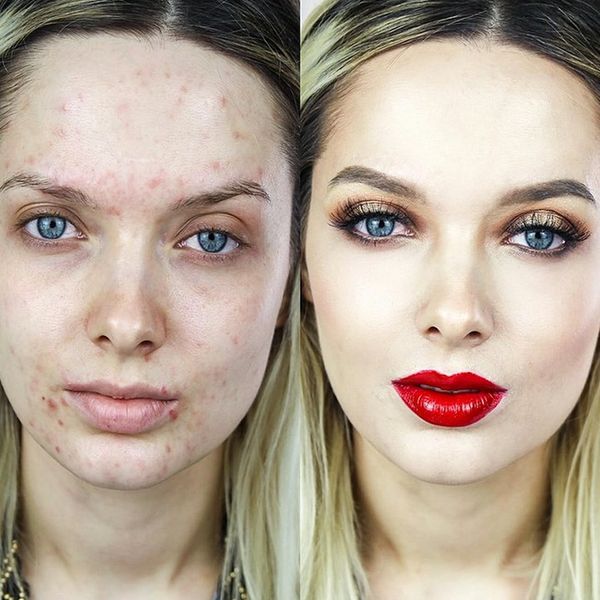 We’re living in a confusing time. Between deciding whether or not you should send the first message on Tinder to emailing a resume to your dream company and never hearing back, the modern woes of millennials are nothing like the trials and tribulations of past generations. One area that has somewhat recently opened up a totally new realm of issues is the equally loved and hated world of social media.

Ford, who has nearly 200,000 subscribers on Youtube for her makeup tutorials began posting photos of herself with and without makeup on the Internet about three months ago. After nearly 100,000 comments, Ford compiled some of them into a super powerful video that shows just how cruel we can be behind our screens.

The video begins with Ford rocking a totally makeup-free face while comments like “WTF is wrong with her face” and “I can’t even look at her” begin to pop up. Then we watch as Ford starts applying makeup, after that she shares comments that say things like, “you’re so pretty” and “you’re so perfect.” But then people begin calling her out on even using makeup in the first place. Words like “this is false advertising” and “imagine waking up to her in the morning” show on screen. The video finishes with Ford taking off her makeup while “you are beautiful” spreads across the screen.

On her blog, Ford writes, “I wanted to create a film that showed how social media can set unrealistic expectations on both women and men. One challenge many face today, is that as a society, we’re so used to seeing false images of perfection, and comparing ourselves to unrealistic beauty standards that It can be hard to remember the most important thing – You ARE beautiful. ”

We’re throwing a big kudos to Ford for being so brave and bold with this video. Not only does she call how just how cruel people can be on places like Youtube, Facebook and Instagram, but she also makes a point to prove that makeup is an art and something that’s meant to be fun. It doesn’t make or break your beauty – a point that NikkieTutorials also recently made in her viral video. So next time you’re panicking about a blemish or feeling embarrassed because you forgot to put on eyeliner, take a moment to remind yourself that really, none of the things that make you beautiful can be bought at Sephora.

How does this video make you feel? Share your thoughts with us in the comments below.