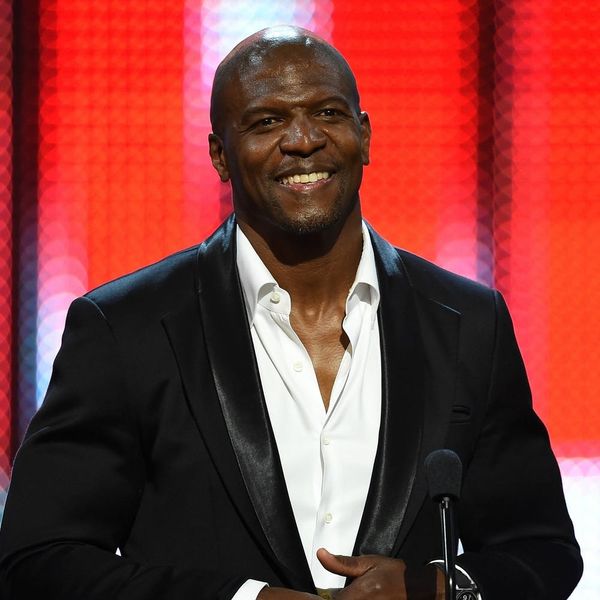 Daniel Cabral had a rough go of it last week. As he told the world via Twitter, he lost his credit card, his ID AND his job in one fell swoop. Oof!

Subsequently tweeting his genius hack for saving money — a good goal in light of his recent circumstances — Daniel posted this photo of a disapproving Terry Crews he now keeps in his wallet.

I keep this pic of Terry Crews in my wallet so I can see it when I'm about to waste money on things I don't need Iol pic.twitter.com/BvZqMjRGlW

As the penny-pinching dad on Everyone Hates Chris, Terry’s photo is an instant reminder for Daniel to slow down on spending. As he told BuzzFeed, “I thought I should start saving money since I don’t have a job, and who’s a better financial advisor than Terry Crews?”

His tweet took off, with more than 210K retweets — if only that translated to dollars! Forget finance apps — THIS is clearly the best money-saving option around.

As for Daniel, he’s taking his Internet fame in stride, changing his bio to “local celebrity” and posting the following message.

And to think, it’s all due to Terry and his endearing dad ways.

Will you try Daniel’s trick? Share with us over @BritandCo!

Nicole Briese
Nicole is the weekend editor for Brit + Co who loves bringing you all the latest buzz. When she's not busy typing away into the wee hours, you can usually find her canoodling with her fur babies, rooting around in a bookstore, or rocking out at a concert of some sort (Guns N' Roses forever!). Check out all her latest musings and past work at nicolebjean.com.
money
Entertainment
money twitter