4 Shows You Should Stream If You’re Missing Hilary Duff 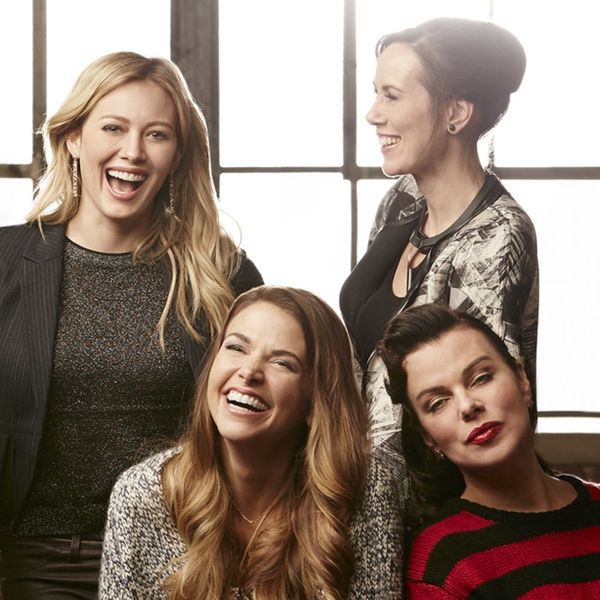 Not a week goes by that a beloved season doesn’t end. Luckily, we’re always here with TV show recommendations to fill that TV-show hole in your heart. This week, it was TV Land’s Younger. For those who loved season two with wannabe 20-something Liza — played by Sutton Foster — and her actual 20-something pal played by Hilary Duff, never fear: We’ve got four more obsessions that will help you through the show’s break and decide what to binge watch this weekend.

Younger is to Hillary Duff as Clipped is to Ashley Tisdale. The show’s about a group of coworkers who all went to high school together, but ran in different crowds. And they all work in a barbershop. Although there’s only one season (available on Amazon), it’s always nice to see a face from childhood come back as a different character. (Photo via TBS)

If you’ve got a secret obsession with the British royal family — and who doesn’t? — you’ll love The Royals. It’s a fictional imagining of a modern royal family and their world of opulence, extravagance and scandal. The show’s available for streaming now from Amazon. (Photo via E!)

IF YOU LIKE PEOPLE FAKING IT, WATCH FAKING IT

When two best friends are mistaken for a lesbian couple, they’re launched into high school celebrity status. They decide to keep up the charade, and of course, things go wrong. It’s available to watch from Amazon and MTV. (Image via MTV)

What other shows are you missing? Let us know @BritandCo!