You’re an Adult — Help Your Parents Get the Memo 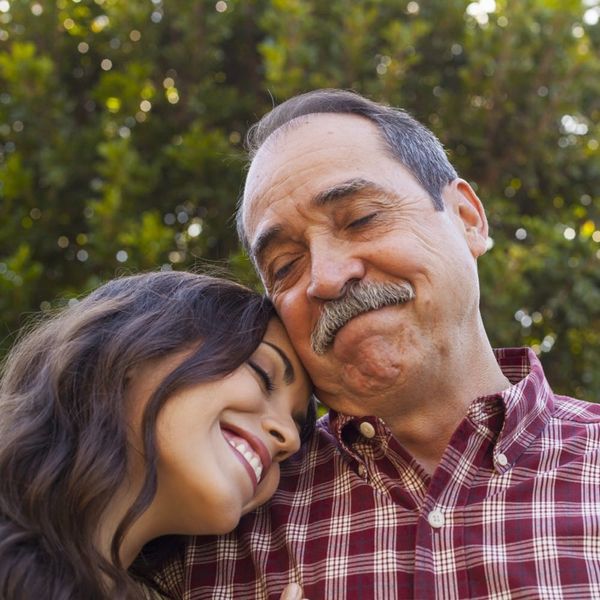 There’s nothing quite like the thrill of successfully navigating an adult milestone for the first time. Whether it’s purchasing that first vehicle, moving in with a partner, or simply stashing some money in savings, we feel (at least for one second) like we’ve got it all together. After we’ve put the outside world in its place, folded laundry, paid all of our bills, and made a slow-cooker soup from scratch all in the span of a typical Tuesday, we deserve to feel proud of what we’re accomplishing and who we are becoming. Unfortunately, for many of us, an audience of critics is watching our every move, ready to pounce and berate us over a small mistake. In many instances, those critics are the very people we would hope to have in our corner: our parents.

If you feel like your primary caretakers growing up have turned into a hyper-involved, overly critical, and downright intrusive peanut gallery, you’re not alone. “The transition to adulthood is incredibly complicated, and a lot of times we project our confusion and frustration onto our parents,” points out Kali Rogers, founder of Blush Online Life Coaching. “It’s quite the process and it takes a lot of clear boundaries to make it through.” When your parents are still trying to actively parent you through your 20s and 30s, the most adult thing you can do is muster up the courage to talk to them about it. Follow these steps to get your parents to take a step back.

Step One: Look in the Mirror

Maybe your parents don’t see you as an adult because you aren’t acting like one — at least in their estimation. Before you decide what your parents are doing wrong, take an objective look at what you are doing right. What positive behaviors have you embraced? What steps are you taking toward growth as a person? Are there areas of your life in which you could be trying harder to be your best self? Keep your self-reflection positive.

If you’re still financially dependent on your parents, or if you still live in their home, establishing boundaries might be especially confusing for both of you. Evaluate your living situation to see if it’s time to cut some of the cords that lead to co-dependence with your parents.

If your parents are constantly nagging you, criticizing you, or taking action in your life without your permission, you need to define that behavior and address it. Instead of just chalking up your resentment and annoyance to a personality conflict, parse through exactly what it is that they’re doing to drive you crazy. Identifying patterns and trigger points that create a toxic chain of events will help you determine what’s going on. Until you can name what your parents are doing wrong, you can’t really expect to get them to stop.

You might also want to think about why your parents get so overprotective. “Most parents simply get into a protective mode where they want to hold us back from making their same mistakes,” Rogers observes. It’s also likely that you’ve never had a sit-down talk with your parents to redefine your relationship as an adult one. Tristan Coopersmith, a licensed psychotherapist and the founder of Lifelab, puts it perfectly: “Simply, we teach others how to treat us. As we grow older and more independent from our parents, we need to teach them how we want to be treated as adults. And we need to be specific about what we need.”

What might those needs look like? Maybe it’s certain topics that should stay off limits; maybe it’s an end to comments about your choice of career or partner; maybe it’s a change-up in how often you’re going to communicate with each other on a daily (or weekly, imagine that!) basis. Coopersmith warns against expecting parents to understand these needs instinctively. “Ideally, parents will mature the relationship with their children as they get older and older, but there will still be a learning curve as the relationship transitions from a more hierarchical one to a more parallel one. Both sides need to be understanding, respectful, and patient with each other’s different needs as boundaries become clear and set.”

So it’s time to have “the talk” about how you want your parents to treat you. Showcasing maturity is one way to get your parents on #teamadultyou. And you already have an opportunity to demonstrate how adult you are by dealing with their lack of boundaries with honesty and self-awareness. Johanna Sozio, a licensed counselor based out of North Carolina, gave us some tips on how to begin a potentially difficult conversation with family members. “Never start with an attack by saying something like, ‘You guys are not treating me fairly,'” she advises. “Try to start by affirming something your parent or parents do right, and then follow it up with a statement about how you’re feeling. For example, start by saying, ‘I know how much you care about me and see me as your little girl, and I appreciate how concerned you are for me. But I feel like I’m being treated like I actually am a little girl, even though I’m a 30-year-old woman with a life of my own. Can we talk about this?'”

Once a discussion is underway, be sensitive to the emotions your parent could be feeling, but don’t back down or be intimidated. Being prepared with a loose script of what you want to convey and the words that will help you convey it might make all the difference. If you beat around the bush or fail to use actionable language, it could result in a miscommunication that makes things more difficult later on. “Be direct and assertive, but not aggressive,” Sozio encourages us. “Confrontation is a form of communication, and it isn’t a bad thing when it’s done in a healthy way.”

Of course, it’s possible that no matter how mature, direct, and fair you are with your parents, they’ll remain unimpressed. Their behaviors aren’t going to change overnight, if they ever do at all. In that case, it’s up to you to decide how much their treatment of you is going to impact your life going forward. “You can’t make people change,” reminds Sozio. “If the other party isn’t willing to address [the problem], at least you tried and did your part.”

If your parents are truly toxic to your mental health and well-being — for example, if they’re gaslighting you — don’t be afraid to take steps to keep them at arm’s length. Your parents’ acceptance of your lifestyle and choices don’t make those choices any less valid. While it might not always feel like it, you never owe your parents, or anyone else, the sacrifice of your own self-fulfillment.

How have you defined healthy boundaries as you’ve grown older? Tell us on Twitter @BritandCo.