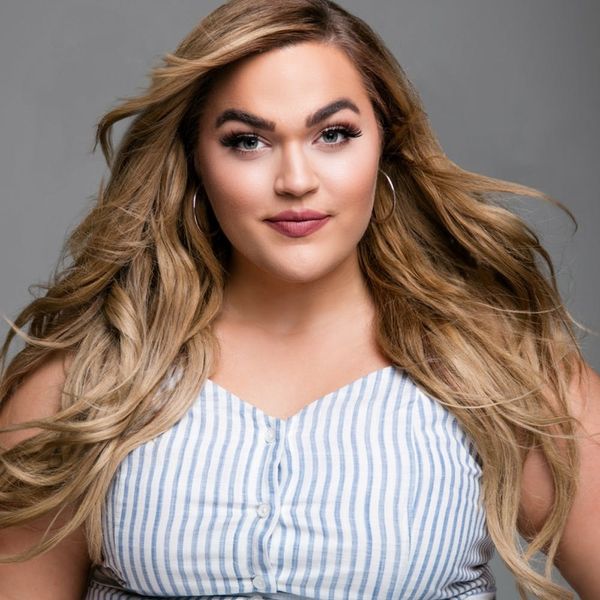 Thanks to the wonders of YouTube, we have been introduced to a wealth of inspiring plus-size vloggers, and one of our favorites is Loey Lane. She’s incredibly funny and sarcastic but, most of all, throughout the hundreds of videos she has posted on her channel, Lane is always super encouraging. Her number-one goal? To have each of her viewers love their body as it is.


It seems like a simple enough task, but for this 24-year-old YouTube star, being self-confident was not always something that came easy. As a proudly self-proclaimed “fat girl,” Lane has endured plenty of cruelty and criticism for simply having the body she has — a reality that she courageously broadcasts in her videos. Lane tells Brit + Co that she feels passionate in her belief that it’s not just realistic but necessary that diverse bodies like hers are showcased online. She also wants body-shamers out there to know that their words hurt, and aren’t okay.

Feeling like a grown-up princess in this gorgeous dress by @LCLaurenConrad 💕 Have you seen my latest haul?! Love that @kohls is the perfect stop for affordable and trendy clothes. Link in the bio to watch now! #ad #LCRunway

Take, for instance, a video from July 2017 titled “Fat Girl Summer Dress Code,” which detailed various items of summer clothing that people in plus-size bodies like Lane’s are told they “can’t” wear: crop tops, shorts, a sports bra as a workout top, and so on. As she’s sarcastically explaining to her viewers why each item shouldn’t be worn by “fat girls,” Lane’s video displays images of plus-size women completely slaying each respective look.

Lane’s videos are lighthearted in tone, but what they aim to address is much more serious. As Lane tells us, it’s been important for her to make these videos because “not all of us are as strong to withstand the hate directed at us. Everyone should be able to not feel guilty for being themselves, so I want to build other people up.”

When she’s not taking down the haters, some of Lane’s most popular videos are her horror storytime videos. As a fan of all things spooky and creepy, Lane grew up in a house that, as she explains to Brit + Co, had a lot of “supernatural energy”


“I love storytelling and given my history, I want to share that with the world,” she says.

In fact, the popularity of her scary videos inspired Lane to write her very own book, Haunted in Hollywood: The Adventures of Loey Lane, which is being released May 1.

In the meantime, Lane plans to continue focusing her work on combatting the negative energy behind comment section haters and IRL body-shamers. “I want others to build up other people more,” she says. “That is so important.”

Amanda Scriver
Amanda Scriver is a passionate storyteller and body image advocate based out of Toronto, Canada. When she isn't writing for various publications, she finds time to Keep Up With The Kardashians while partaking in life's greatest pleasure: the chip buffet. Don't ask her what her favorite restaurant is, it's complicated
Body Positive
Body Positivity
Body Positive Every Body YouTube
More From Body Positivity