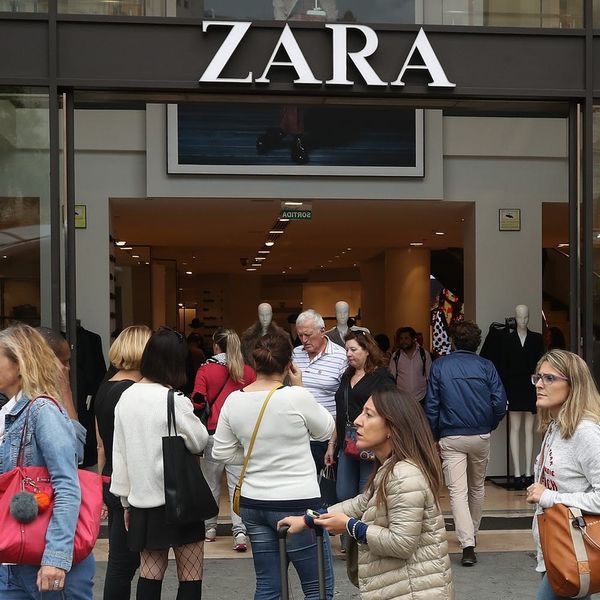 UPDATE: (November 6, 10:46am): Zara’s parent company, Inditex, has responded to our request for comment to issue the following statement. “Inditex has met all of its contractual obligations to Bravo Tekstil and is currently working on a proposal with the local IndustriALL affiliate, Mango and Next to establish a hardship fund for the workers affected by the fraudulent disappearance of the Bravo factory’s owner. This hardship fund would cover unpaid wages, notice indemnity, unused vacation and severance payments of workers that were employed at the time of the sudden shutdown of their factory in July 2016. We are committed to finding a swift solution for all of those impacted.”

In May of 2017, Spanish merchant Zara was ranked as the 51st most valued brand in the world by Forbes, with an estimated net value of $11.3 billion. Now, the retail giant is facing major heat for allegations of unpaid labor, with the Associated Press reporting that pleas for help from unpaid workers in Turkey were placed into the brand’s clothing tags.

According to the outlet, shoppers in Instanbul were surprised to discover the words, “I made this item you are going to buy, but I didn’t get paid for it” written on the labels of items they were perusing. The workers were employed by a manufacturing company called Bravo Tekstil, which is said to have closed suddenly, leaving laborers without a severance allowance and at least three months of unpaid backpay. An anonymous source tells us the issue has been going on for far longer, however, with problems with the factory being reported as far back as a year ago.

Tell #Zara , #Next , and #Mango: Pay Your Workers the Wages They Earned! #JusticeForBravoWorkers #BravoİşçileriİçinAdalet pic.twitter.com/usMxCvtU5o

The news was enough to have shoppers second guessing their purchases with the brand.

Mom went to our new Zara (that she'd never heard of) & got a shirt. Then she heard about the unpaid workers. Now she's running to return it

I refuse to shop at @ZARA after discovering how unethically the company is run. Pay your workers!https://t.co/wMkMSoFvCG by @ChavieLieber

The disturbing allegations aren’t the first the company has faced. In both 2011 and 2013, separate factories associated with the brand were reportedly investigated (and in some cases fined), for “degrading” factory conditions in Brazil and Argentina on claims that workers (some of whom were underage) were forced to work up to 16 hours a day. What’s more, a 2017 Ethical Fashion Report by Baptist World Aid Australia asserts that only one to 25 percent of traced facilities of Inditex (Zara’s parent company) “paid a livable wage.”

Our source says despite the fact that the company has paid all its legal and monetary obligations to Bravo Teksstill, they are trying to make things right, with plans for a hardship fund for workers affected by the factory upheaval in progress.

What’s your take on the alleged Zara scandal? Share with us @BritandCo.

Nicole Briese
Nicole is the weekend editor for Brit + Co who loves bringing you all the latest buzz. When she's not busy typing away into the wee hours, you can usually find her canoodling with her fur babies, rooting around in a bookstore, or rocking out at a concert of some sort (Guns N' Roses forever!). Check out all her latest musings and past work at nicolebjean.com.
Controversy
Style News
Controversy Style
More From Style News