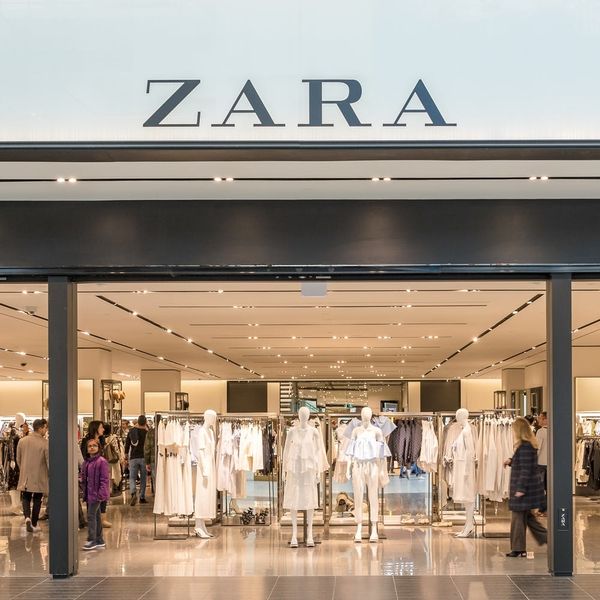 Uh oh. Zara should’ve taken a note from the Prabal Gurung x Lane Bryant book, as they’ve landed in hot water with their latest campaign. The Spain-based clothing retailer debuted a new line of denim specifically for curvy women, but are promoting the line with an ad campaign that’s anything but inclusive.

This is appalling @zara - you have actually put an ad out about loving your curves featuring slim women? What are you trying to say to young women about curvier body shapes? There is absolutely nothing wrong with these girls- they're beautiful- but this message is all wrong and it's offensive. You could have done a positive thing and been a part of representing all different body types by featuring curvier girls in your ad for CURVY jeans. If you didn't want to do that, fine, then you should have changed your slogan. Instead, you chose a pathetic ploy to garner free publicity.... Get with the program, seriously. _______ #curvesarein #curvesahead #curvywomen #curvymatters #plusisequal #loveyourcurves #effyourbeautystandards #honormycurves #ffs #zara

The ad features two models standing side-by-side, looking at at the camera, with their rears the focal point of the picture. The ad reads “Love your curves.” Here’s the problem: The two models featured are visibly sample sized.

You would think Zara would know better, considering the line is supposed to be for women who are curvy. We would hope to see a little more range in the sizes represented in the ad campaign. Zara has yet to respond to the controversy, but that hasn’t stopped people on social media from taking them to task. Naturally, Twitter is already sounding off with netizens who have *strong* opinions about Zara’s campaign.

@ZARA not to say that skinny girls can't have curves, but come on. If you want to talk about curves, use girls of ALL sizes. Represent.

ZARA DO YOU KNOW WHAT CURVES ARE pic.twitter.com/NjJaPnCNx2

Is Zara having a laugh??? What curves do these girls have??? My wrist is literally fatter than their thighs?? pic.twitter.com/ISoWo4HxFj

ZARA's new campaign… WHAT CURVES? IS THIS A JOKE? Pretty sure I'd need a pair of these jeans for each leg. You're doing it wrong. pic.twitter.com/uinHKOkCUP

@ZARA I'd have a word with your advertising department…..curves?…..where?… pic.twitter.com/Ela4HiUsdO

What do you think of all of this? Tweet us @BritandCo!

Channing Hargrove
Channing Hargrove is a freelance fashion editor and writer in New York City. When she isn’t writing about clothing (or shopping, for research, of course), Channing is writing about life in a tiny studio apartment in a big city — and what she’s wearing — on her blog, Channing in the City.
Controversy
Style News
Controversy Denim Jeans
More From Style News