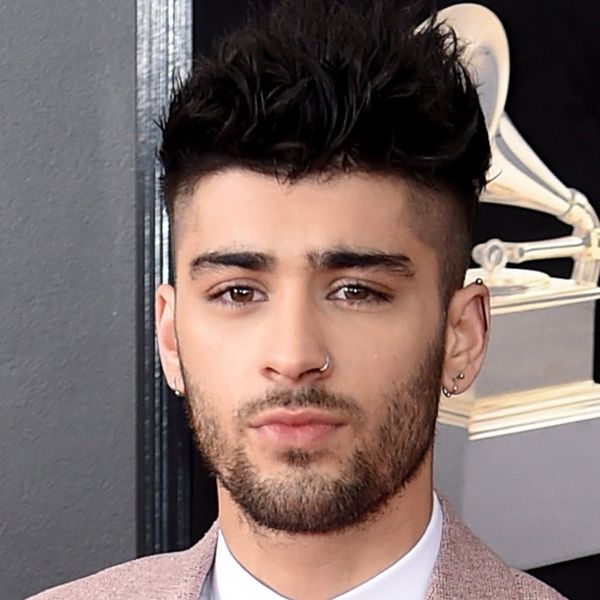 Earlier this week, Zayn Malik and Gigi Hadid shocked the world by announcing that they would be going their separate ways after two years of dating. The former One Directioner had yet ANOTHER surprise for fans up his sleeve, however, following up the news with a MASSIVE tattoo on the back of his head.

Though the 25-year-old is no stranger to ink — he had artwork of a pair of eyes that resembled Hadid’s tattooed on his chest earlier this year — the newest addition to his ever-growing collection was significant, if only for its placement.

The “Dusk ‘Til Dawn” singer took to Instagram to show off the artwork, which showcased a palm-sized black and grey realistic rose, the stem of which curled down his neck

Though he didn’t reveal the artist behind the tattoo, he DID upload a second shot which showed him in the midst of an ink session, though it’s unclear if it’s from the new rose or from a separate piece. “Neck yat,” he wrote.

Speculation has already begun over the meaning of the rose, which the British artist fueled with a third shot of a similar-looking flower (also seen on the lapel of his Grammy’s tux) in red neon lights, hanging above what appears to be a stage.

The timing WOULD make sense: Malik recently confirmed that his new album is finally finished.

Fingers crossed it turns out to be true!

Could Zayn really be using his new ink as a marketing ploy? Tweet us @BritandCo.