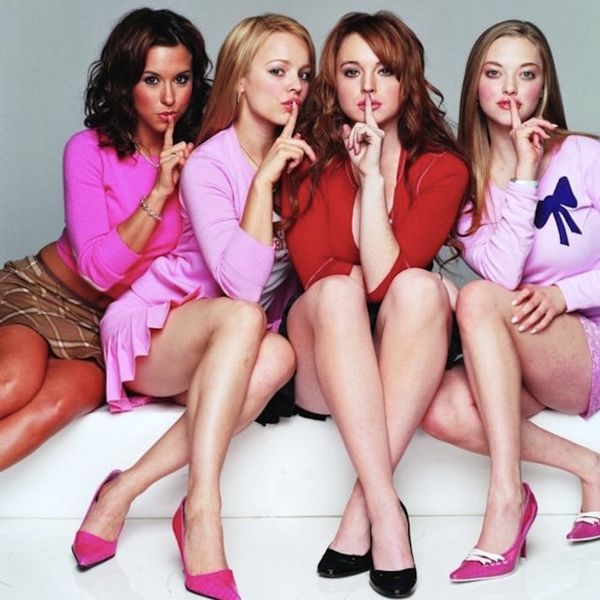 If there’s one thing we love in this world, it’s a three-day weekend, especially during the summer. This holiday weekend, you could spend the entire three days out at a BBQ, eating watermelon and hanging out with friends. But that gets tiresome and everybody needs a chance to unwind. So kick back and recharge with these 10 shows and movies. But hey, if you want to party for three days straight and then stay in bed with a fourth weekend day movie marathon on Tuesday, we won’t tell ;)

1. Sex&Drugs&Rock&Roll on FX: Who isn’t intrigued by the rock star lifestyle? This new sitcom from FX is about a former rock star who goes back to work with his daughter — but the entire band is aging and dysfunctional. Prepare for some laughs and some musical throwbacks. (Photo via FX)

2. Marco Polo on Netflix: If you’ve been diligently waiting season two of Marco Polo, wait no more. If you missed out on the first season, catch up quick. The show is not only dramatic, it’s also excellent filler for that world history course you don’t really remember. (Photo via Netflix)

3. Between on Netflix: As if getting older wasn’t hard enough already, here’s a show about a town where everybody over the age of 22 got killed by a mysterious plague. If you’re into youths forging their own way in a dystopian world, season two (starring Jeanette McCurdy of iCarly fame) is now available on Netflix. (Photo via Netflix)

MOVIES THAT KICK IT BACK OLD SCHOOL

4. Mean Girls on Netflix and Amazon: PROBABLY THE MOST IMPORTANT NEWS ON THIS LIST: MEAN GIRLS IS BACK ON NETFLIX. But stop trying to make “fetch” happen. It’s never going to happen. (Photo via Paramount Pictures)

5. A Wrinkle In Time on Hulu and Amazon: Revisit childhood with the surrealist film that you never really realized was kinda bizarre until very recently. It’s now on Hulu and we predict while you’re watching it, a lot of childhood memories will come flooding back — maybe including that one nightmare where your father went missing and you had to save the entire universe. (Photo via Disney)

HIT FLICKS FROM THE ’80s

6. Broadway Danny Rose on Hulu and Amazon: If you’re trying to work your way through Woody Allen’s massive body of work, this one should be near the top of your list. Allen stars as a hapless talent agent comically trying to work his way through showbiz. It also stars Mia Farrow as a nearly-unrecognizable, high-strung mistress of a lounge singer. (Photo via Orion Pictures)

7. Back to the Future on Netflix and Amazon: Rev up the flux capacitor and travel back to 1985 when Michael J. Fox and Christopher Lloyd dominated the silver screen. The entire trilogy is now streaming and is a crazy reminder of what we all thought we would be doing back when now was the future. That make sense? (Photo via Universal Pictures)

8. Flashdance on Hulu and Amazon: Who among us did not harbor dreams of becoming a dancer after watching Flashdance? Get out your best and rattiest off-the-shoulder sweatshirt and get ready to convince yourself (again) that you could be a dancer — if only you had a welding job at night. (Photo via Paramount Pictures)

9. Liberal Arts on Hulu, Netflix and Amazon: If you’re one of those people that consistently reminisces on your undergrad years, you have a lot in common with Josh Radnor’s (from HIMYM) character in this film he also directed and wrote. In it, he goes back to his old collegiate haunts to visit a retiring professor and becomes enamored with Elizabeth Olsen (as a college sophomore). It’s a good reminder that nobody really has any idea what they’re doing, even as they age. (Photo via IFC Films)

10. Tiny Furniture on Hulu, Netflix and Amazon: Before there was Girls, Lena Dunham was a fresh-faced college grad with malaise and a film degree. So she made this cerebral film about that sense of meaninglessness that comes after graduation. It’s a great watch if you drooled over the nonsensical drama of the first season of Girls. (Photo via IFC Films)

What else are you tuning into this weekend? Let us know @BritandCo!