10 New Movies and TV Shows to Stream This Weekend 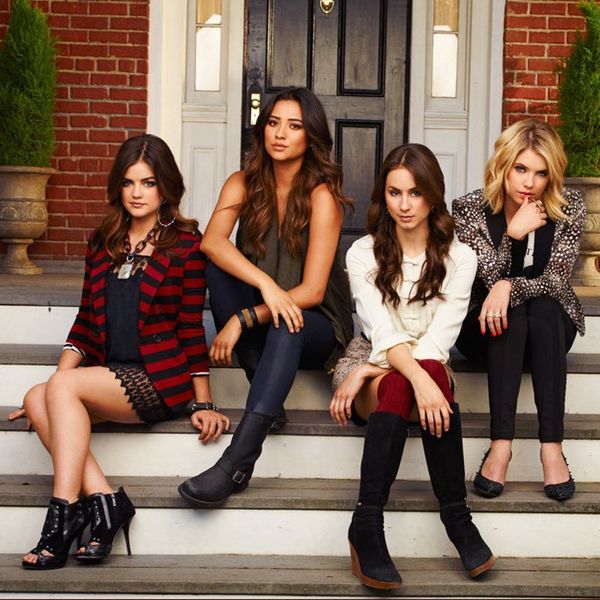 Whenever the weekend rolls around, we all face an important decision: What to do. We like to uphold the time-honored tradition of falling into a couch with some snacks and settling in for a good binge watch. If you have similar sensibilities, we’ve rounded up the 10 movies and TV shows you should be watching this weekend. Now, all that’s left to do is pop the popcorn and press play.

1. The Jim Gaffigan Show on TV Land: Those that love the comedic stylings of Jim Gaffigan have reason to rejoice this weekend. The comedian just released a new series on TV Land in the vein of Louie. The show is partially based on Gaffigan’s life and centers around a married couple raising five kids in a two-bedroom apartment. (Photo via TV Land)

2. Pretty Little Liars on Hulu: Our favorite guilty pleasure is back for another season! Now the four girls are dealing with Uber-A and somehow still not graduated from high school. But if you’re as hooked as we are, timing really doesn’t matter. (Photo via Freeform)

1. Music and Lyrics on HBO and Amazon: If you missed this gem of a movie when it came out in 2007, rush and stream it now, solely for the fact that Hugh Grant stars as a washed-up former pop icon. His band Pop! is loosely inspired by Wham! and made the best fake music video of possibly all time. Seriously, it’s a gem. The movie leaves HBO at the end of the month, so this is your last chance to watch it. (Photo via HBO)

2. She’s All That on HBO and Amazon: 1999 was a good year. It gave us hours of playing snake on a Nokia cellphone, “Hit Me Baby One More Time” and She’s All That, wherein Freddie Prinze Jr transforms Rachael Leigh Cook from an artsy nerd to bona fide babe. Celebrate the weekend like it’s 1999 with this pop culture classic before it leaves HBO at the end of the month. (Photo via HBO)

SHOWS AND DOCS FEATURING THE OLDER AND (SOMETIMES) WISER

1. Elaine Stritch: Shoot Me on Hulu, Netflix and Amazon: Elaine Stritch, who you may know as Jack’s mom on 30 Rock, is a comedy and Broadway legend. This hit documentary, now on Hulu, follows the actress through her decades-long career and behind the curtain. The documentary also includes appearances from Tina Fey, Alec Baldwin and James Gandolfini. (Photo via isotopefilms)

2. Curb Your Enthusiasm on HBO and Amazon: We’re feeling pretty, pretty, pretty good about this news from HBO: Curb Your Enthusiasm is coming back for a ninth season after a six-year hiatus. Which means we’ve got even more painfully relatable Larry David moments coming our way. Catch up on the original eight seasons this weekend, and cue that iconic theme music… (Photo via HBO)

SHOWS AND FILMS ABOUT TERRORS, IMAGINED AND REAL

1. Southbound on Amazon: It’s always impressive when a horror film manages to be more than a horror film. This one is part study in horror, part examination of human nature. It’s an intriguing anthology that intertwines five different stories, all written and directed by different people. And you’ll probably never want to take a road trip again after watching it. (Photo via Sony Pictures)

2. Maze Runner: The Scorch Trials on HBO and Amazon: If you’re a sucker for dystopian thrillers about teens (looking at you, Hunger Games fans), here’s another that should be right up your alley. This movie is the second in a series about a group of boys who, after having their memory erased, discover that they’re trapped inside a giant maze. The Scorch Trials picks up where the first movie left off, so you should probably binge them both at the same time. (Photo via HBO)

3. Spotlight on Netflix and Amazon: This film about a group of investigative journalists at The Boston Globe swept through this past awards season. It has an all-star cast (Mark Ruffalo, Michael Keaton, Rachel McAdams, Liev Schreiber, John Slattery, the list goes on…) and goes behind the scenes of one of the greatest works of journalism in the 21st century. (Photo via Open Road Films)

What other shows and movies do you plan on watching this weekend? Let us know @BritandCo!