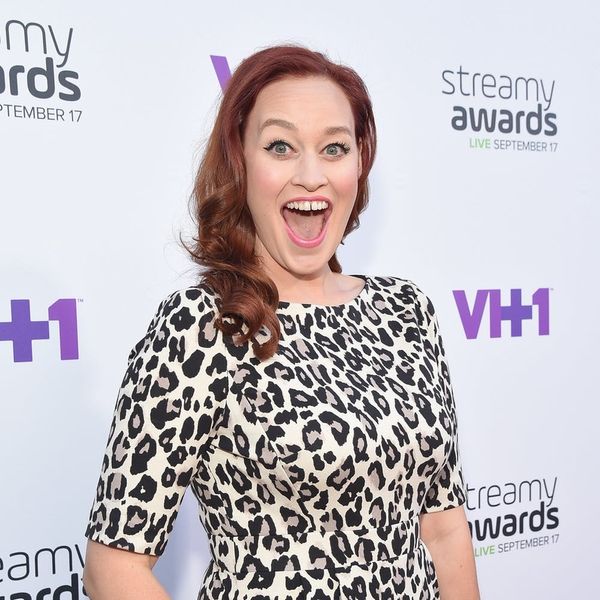 Mamrie Hart is the friend we all deserve — she’s quick with a pun and makes a mean cocktail. Plus, she’s speaking at our annual two-day event, Re:Make 2016 (September 30 – October 1, register here!). Take one part famous friends, one part alcohol and two parts humor; mix well, and you’ve got instant YouTube hilarity. Check out 10 of our fave Mamrie videos below.

3. Ten Dolla Haul, Yall: Lethal Edition: Mamrie shows off the weirdest things she finds at a dollar store. This includes a weaving cap (“fishnet stockings for your head”), silver lipstick (“I think it makes me look a little more refined”) and a bald eagle night light (“I may be sleepy, but I’m still an American”). Bonus: Check out her first haul video, which features a lenticular print that shows either a tiger or sexy lady depending on the angle you look at it. No joke, see for yourself here.

4. Beanz Unleashed: Mamrie’s adopted Mexican Xolo (hairless dog), Beanz, is all sleepy eyes, tongue and sass, and she’s the true star here. Mamrie and Beanz discuss serious issues such as how Beanz feels about being compared to Miley Cyrus and what’s in Beanz’s teeny tiny wallet.

5. Harry Potter’s Flaming Butterbeer: This video involves butterscotch schnapps, cheap beer, fire and magic. You can hear giggling in the background after Mamrie chugs her Butterbeer because the show was “shot, edited and extinguished” by pal Grace.

6. Muscle Milk Challenge wif Miranda Sings: Mamrie and Colleen Ballinger (better known as her YouTube personality, Miranda Sings) don full body muscle-print spandex outfits and try to guess the meaning of German words. Loser drinks a shot of (almond) milk. German vocab is provided by Flula Borg (of Pitch Perfect 2 and, you guessed it, YouTube fame). If you are not familiar with the word “schlafmutze,” don’t worry, neither are 2/3 of the people in this video.

7. Kickin’ It With Kid President: Best play date ever. Mamrie hangs out with the wisest, peppiest 12-year-old of all time, Robby Novak (aka Kid President). KP draws a treasure map and the two set off on an adventure to find the only thing better than The Goonies… burritos.

9. Lil Bub’s Lil Bourb: Mamrie spends some time with celeb cat Lil Bub and isn’t kitten around with her milk-based cocktails and cat puns. Lil Bub is not impressed.

10. Best Fwen Day! YouTube’s “Holy Trinity”celebrates National Best Friends Day and gives us a glimpse of what they’ll be like in 40 years. Hint: It involves bingo, giant visors and crazy Long Island accents. And food-infused vodka, of course.

What are your favorite Mamrie videos? Tweet them to @BritandCo!