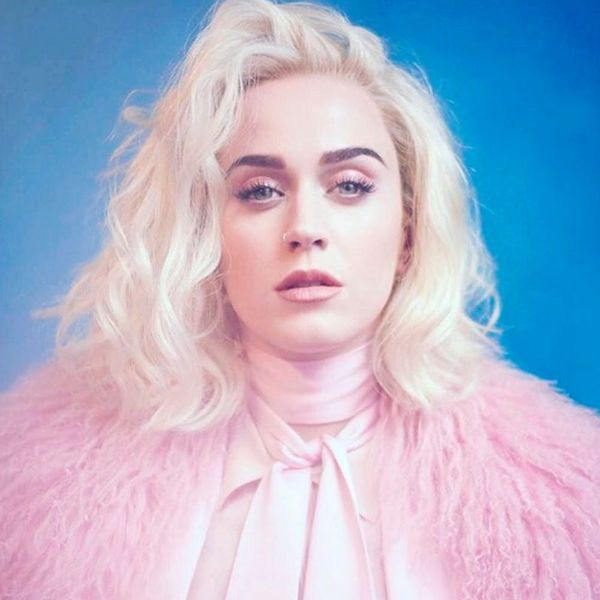 Grammys night is nearly upon us, and while we love reminiscing on all the wacky looks we’ve seen throughout the years and prepping for our viewing party, when it comes down to it, this show really is *all* about the music. (We mean, did you SEE Demi Lovato slay the Lionel Richie tribute last year?!) Demi will be back to kill yet another tribute Sunday night (along with Andra Day and Tori Kelly), but she’s not the only one we’re chomping at the bit to see. Check out our most anticipated musical acts of Sunday night’s awards below!

On the heels of her killer (and slightly politically charged) Super Bowl performance, we pretty much can’t WAIT to see what kind of antics Gaga (who CBS has confirmed will be performing with one of our fave rock groups, Metallica), has up her sleeve. (Photo via Kevin Mazur/Getty)

We’re always up for a performance from Queen Bey, but with all the buzz surrounding her impending twins, she’s upped the anticipation tenfold. Despite her best intentions to keep things focused on her music, there’s no doubt that all eyes will be on that growing bump! (Photo via Duane Prokop/Getty)

CONFIRMED: @katyperry returns to the #GRAMMYs stage 🎤Don't miss her performance on Music's Biggest Night Feb. 12 on @CBS! 🔁if you're excited pic.twitter.com/TgpshMJRpD

The only thing better than one badass female performer is three, which is exactly what we’ll be getting when Andra Day, Tori Kelly and Demi Lovato hit the stage Sunday night for a special tribute to the Bee Gees. Andra and Demi have previously collaborated during a special performance to honor those lost in the Orlando nightclub shootings, so their chemistry is sure to be off the chain, and Tori’s voice no doubt speaks for itself. (Photo via Gerardo Mora/Getty)

Adele has already given us all forewarning that she’s trying for a babe and is ready to bow out of the music biz to focus on being a mommy, so we’ll savor any Adele performance we can get while we still can! (Photo via Ethan Miller/Getty)

Considering a large chunk of John’s material is inspired by his love for wife Chrissy and baby Luna, we don’t think we’re totally off base to hope for a cameo/serenade moment between the three, á la “Love You Now,” as John and Cynthia perform the “In Memoriam” tune in honor of greats such as David Bowie, Prince and more. (Photo via Kevin Mazur/Getty)

The last time we saw Carrie Underwood perform live was at the CMAs, and girl was WHALING on a harmonica (after completely slaying the red carpet, natch) during “Choctaw County Affair.” TBH, our minds are still blown. Here’s to hoping for more of the same! (Photo via Ethan Miller/Getty)

The Weeknd and Daft Punk

While we would’ve PREFERRED to see a collab between The Weeknd and his new lady love, Selena Gomez (AKA the new Hiddleswift), we’ll settle for some dancey grooves from Abel (that’s The Weeknd’s given name, ICYMI) and the French electro music duo that helped to bring us “Starboy.” (Photo via Taylor Hill/Getty)

After getting a sneak peek of up-and-coming country crooner Kelsea Ballerini (who rocked the dark vampy lip trend at the CMAs) singing on Jimmy Fallon the other night, we haven’t been able to get her single “Yeah Boy” out of our heads. Luckily, she’ll also be on hand Sunday night to perform. (Photo via Andrew Lipovsky/Getty)
Nicole Briese
Nicole is the weekend editor for Brit + Co who loves bringing you all the latest buzz. When she's not busy typing away into the wee hours, you can usually find her canoodling with her fur babies, rooting around in a bookstore, or rocking out at a concert of some sort (Guns N' Roses forever!). Check out all her latest musings and past work at nicolebjean.com.
Grammy Awards
Pop Culture
Grammy Awards Music
More From Pop Culture