Prepare to Drool Over the 2018 Golden Globes Menu 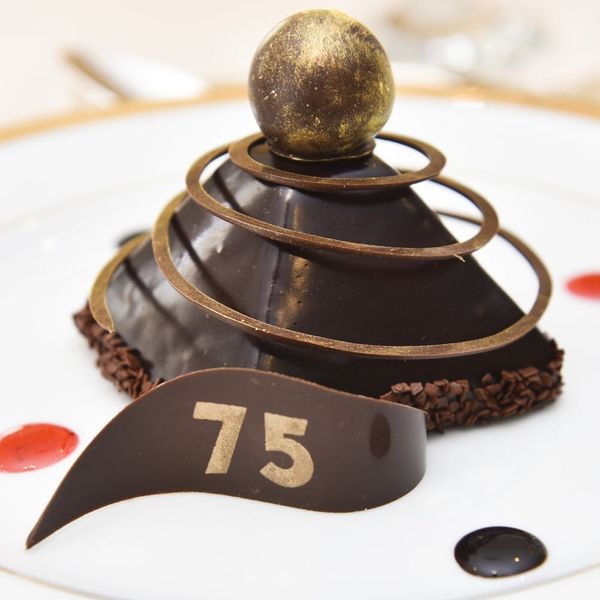 We’re obviously excited to watch the 2018 Golden Globes — and see which nominees opt to wear black on the red carpet — but we have to admit we’re a little sad that we won’t be enjoying the show in person, especially after hearing about all the delicious food they’ll be eating.

Beverly Hills Hilton chef Alberico Nunziata spoke with Variety about the amazing meal he’ll be whipping up for the stars on Sunday night. In keeping with the celebratory nature of the event itself, he’s going with food that is “so colorful and so fun” that it’s “a celebration” in itself.

Supervising the delectable menu for the second year, Nunziata drew inspiration from two sources. The first was his own Italian heritage, and the second was the show’s transition from black and white to color so many years ago.

For those lucky enough to score an invitation to the big dinner, the evening will begin with a special Moët 75 cocktail created by the brand’s ambassador Jamie Chung. The drink includes Moët Imperial champagne, tequila, fresh-squeezed blood-orange juice, and a touch of organic honey. “It’s not overwhelming,” Chung told Variety. “It’s kind of bright and wakes up your palate.”

According to the site, attendees will also nibble on a Delicata salad that will delight diners with burrata cheese, frisee lettuce, heirloom tomatoes, and garlic flowers.

“You eat with your eyes,” Nunziata told Variety, adding that there’s “[n]othing heavy, and everything is gluten free.” Case in point: the main course of sea bass with olive tapenade, accompanied by golden beets and bright pink beet risotto with Parmesan cheese.

For dessert, eight-year Golden Globes veteran pastry chef Thomas Henzi will create an Italian-themed Efendi dessert that features “a crunchy base of hazelnuts flown in from Piedmont, Italy; a coffee biscuit soaked in espresso; [and] Frangelico mascarpone.” All of that is covered in chocolate and topped with a chocolate globe filled with sea salted caramel. “We always come back to the chocolate,” Henzi confessed to Variety. (We totally get it.)

While most folks at the Golden Globes will be looking forward to finding out who the night’s winners are, we’re sure the super luxe meal will rival the big awards with every bite.

What do you think about the meal that the stars will be eating at the 2018 Golden Globes? Let us know @BritandCo!

Desiree O
Desirée O is a ‘Professional Bohemian’ who loves anything and everything related to the arts, entertainment, and pop culture. She ADORES being a ‘Newsy’ for Brit + Co, covering all of the latest tidbits of awesomeness that you want to read about. When she’s not writing, she’s either making messy art, going on long adventurous walks with her camera, or poking around over at bohemianizm (http://www.bohemianizm.com/). You can find out about Desirée O and her work at http://DesireeO.com/ or follow her on Twitter @DesireeO.
Golden Globes
Food News
Golden Globes
The Conversation