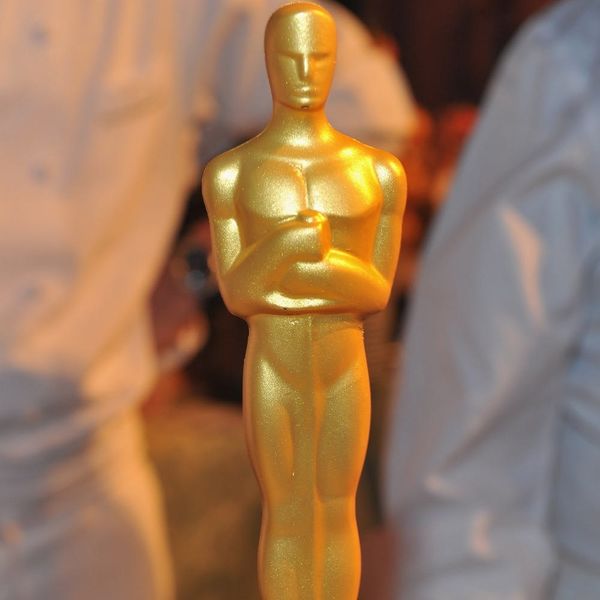 When the 2018 Academy Awards roll around on March 4, it will be no doubt be a night filled with eager nominees, stunning fashion, and history-making moments. It will also be a night of luxuriously delicious food, and we’re not talking about pizza delivery!

According to Harper’s Bazaar, the annual dinner is set to take place at the Ray Dolby Ballroom, with celebrity chef Wolfgang Puck responsible for the menu of more than 60 dishes.

The outlet reports that guests will start their experience at a 2,600 pound sculpted ice bar, where they’ll be able to nibble on 24K gold-topped caviar parfaits (!), king crab legs, lobster, and scallop crudo. Shouldany of the diners aren’t keen on seafood, they’ll have a Miyazaki Wagyu beef tartare atop puffed black rice as an alternate, along with mini taro tacos with spiced eggplant and lime pickles. Yum!

Those with a craving for pasta are also in luck: They can delight in some winter truffle baked cavatappi and cheese, as well as house-made spinach campanelle with English peas, Cipollini onions, and roasted tomatoes.

We hope they leave room for dessert, however, because we’re practically drooling over the sounds of the lychee-rose-raspberry tarts and an endless rainbow of macarons. Chocolate lovers may also want to indulge in something called the “Mocha Beehive,” which is a delight made up of a dark chocolate Rocher shell, liquid honey ganache, and mocha mascarpone mousse.

Oh, and did we mention that no less than 7,000 mini chocolate Oscars will also be served at the party?

Though it all sounds terribly lavish, there IS a charitable element as well, with any leftovers being donated to various food banks in the downtown Los Angeles area immediately following the event.

Are you drooling over the 2018 Oscars menu? Let us know @BritandCo!

Desiree O
Desirée O is a ‘Professional Bohemian’ who loves anything and everything related to the arts, entertainment, and pop culture. She ADORES being a ‘Newsy’ for Brit + Co, covering all of the latest tidbits of awesomeness that you want to read about. When she’s not writing, she’s either making messy art, going on long adventurous walks with her camera, or poking around over at bohemianizm (http://www.bohemianizm.com/). You can find out about Desirée O and her work at http://DesireeO.com/ or follow her on Twitter @DesireeO.
Celebrities
Food News
Celebrities Foodie Oscars
The Conversation
Reviews:
More From Food News