6 Ways to Work Smarter, Not Harder 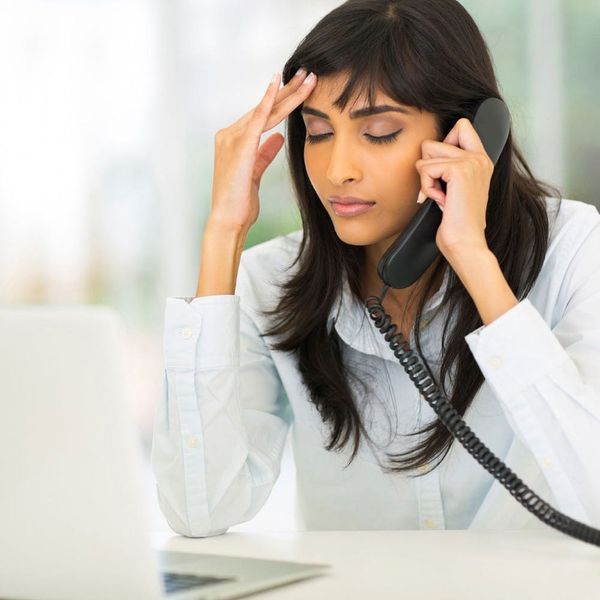 It used to be that if you pulled the longest hours, you were practically guaranteed a spot on the executive floor. Now, it’s all about efficiency. It’s been written about by prestigious magazines and famous authors alike, and now start-ups like BetterWorks and WorkBoard are focusing entirely on software that will give companies a more efficient work environment, reducing long meetings and late nights. The idea is appealing to anyone (who doesn’t want to get home to yoga pants and Netflix?), but how do you go about it? Scroll on for our top tips.

1. Protect the time when you do your best work. Some people are more productive in the morning, while others accomplish more at night. “Identify what time of day is most productive for you,” says Hallie Crawford, a certified career coach based in Atlanta, GA. “Think about times when you were working on a project and everything was flowing really well, or when you typically were more alert in classes in college. Then, block off that time each day for the projects that require your focus and creativity, even if that means you have to ask to reschedule a meeting or two.

2. Read emails actively, not passively. Instead of glancing through your inbox and going back to answer everything later, Heather Whaling, CEO of Geben Communication, says to attack each email in real time by taking one of four actions: 1. Trash it. 2. Forward it to the appropriate person (assuming it isn’t you). 3. Respond, if you can do so in four minutes or less. 4. Schedule it, if you know it requires a more thoughtful response. “This way, you’ll get to the elusive ‘inbox zero,’” Whaling says, and you’ll have a better sense of how long it will actually take to hack through your to-do list.

3. Block your blinders. “We live in a world of shiny objects — incessant phone notifications, calendar reminders and 50 computer tabs open at the same time. We think we’re ‘multitasking,’ but really we’re self-interrupting,” says Amanda M. Orson, director of communications at EngineerJobs.com. Gloria Mark, a professor in the department of informatics at The University of California, Irvine, toldFast Company that when you’re interrupted from your work, it takes an average of 23 minutes and 15 seconds to get back on task. Practice doing only one thing at a time, resisting the urge to check email, shop online or answer texts until you’re finished with the project at-hand.

4. Prioritize, prioritize, prioritize. At the end of the day, take stock of any “to be completed” items and plan your top priorities for the following day by asking yourself, “If I could only accomplish five tasks tomorrow, [which] five would give me the highest payoff?” suggests Frank Buck, who runs a consulting firm in Pell City, AL.

5. Surface your strengths. “Focus on what you do best, and delegate the rest,” says Jan Yager, a business consultant and career coach who has written six books on time management and productivity. “If you’re the idea person, that’s what you should be focusing on. You can find others to do the more administrative parts of your job, but you need to focus the majority of your time on generating ideas,” she says.

6. Take care of yourself (because no one else will!). Work non-stop and you’ll eventually burn out. It’s better to allot small breaks or rewards once you finish a task, whether it’s going outside for a walk or having a cup of tea, says Paula Rizzo, founder of the productivity site ListProducer.com. Having something to work toward will help you finish strong.

Got any tips for us? Tweet us @BritandCo and let us know!