7 #Girlboss Lessons Every Woman Should Learn 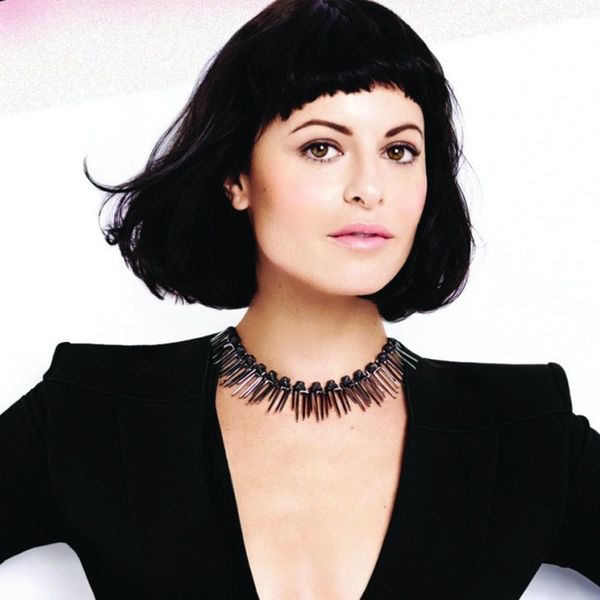 We have a squad of amazing speakers headed to Re:Make at the end of September in San Francisco (register here!). Collectively, they’re a wealth of inspo and advice for every woman who has a dream (so, every woman, period). Here are seven #girlboss lessons, inspired by our Re:Make creative influencers, to help us live our best lives.

1. Find your passion. This seems like a no-brainer, right? Williams-Sonoma Culinary Director Amanda Haas and designer Justina Blakeney knew early on they loved cooking and decorating, respectively, and they focused their energy on honing their crafts. Birchbox Co-Founder Katia Beauchamp and Nasty Gal Founder Sophia Amoruso discovered their passions after trying other jobs. But finding the thing you love is not the same as having the drive to pursue it — all of these women also took risks and put in good old fashioned hard work before finding success. At the end of the day, you have to love what you do.

#throwbackthursday As a young girl I was told, "Women don't become engineers." Years later I had graduated from the @stanford engineering program. @girlscouts helped me gain the confidence to prove those voices wrong. #investingirls #STEM #WomenInSTEM

2. Confidence is the new black. Sylvia Acevedo, CEO of Girl Scouts USA, grew up in a small town in New Mexico. As a young girl, she earned her Girl Scouts science badge by building a rocket (!), which gave her the confidence to pursue a career in engineering, a field that had few women or Hispanics at the time. She went on to crush it as a rocket scientist and exec at multiple Fortune 100 companies. Oh, and NBD, she’s also the Commissioner on the White House Initiative for Educational Excellence for Hispanics. Yes, that White House. A little confidence goes a long way.

Closed eyes. Opened hearts. What a weird and wonderful night at Benihana in NYC. This is not a brand deal. This is a legitimate appreciation for a man that can throw a shrimp into 720 spin and catch it in his hat.

3. You do you. YouTube celebs and BFFs Grace Helbig and Mamrie Hart (now also both authors and film writers/actors) each started out by making short online videos that were windows into their personalities. They were quirky, funny and totes relatable — the friends you always wanted to hang out with. Unapologetically honest about everything from a love of sweatpants (Grace) to a penchant for drinking and ridiculous puns (Mamrie), their combined millions of followers are evidence you can be true to yourself AND make it big.

On set for @girlbosstv today reliving the last decade of my life which I may spend the rest of my life doing. Pray for me.

4. Forge your own path. Sophia built Nasty Gal into a multimillion fashion business and literally wrote the book on #girlbossing, yet her road to success was atypical. She had odd jobs until discovering the power of e-commerce (eBay) and social media (MySpace). She thrift-shopped before Macklemore made it cool and DIYed her vintage reselling business, taking on everything from photographing and shipping to hiring and paying models in hamburgers. Of course, she also had great instincts and style and a lot of grit. Yes, she trailblazed her own way, but here’s something to remember: We all start somewhere.

Mark my words -- magical things are happening in TriBeCa!! @tyrelldesean thank you for the perfect morning!! #startedatthedeskandnowwerehere #soulproud

5. Be a good listener. Sophia’s early roots in eBay and MySpace allowed her to get instant customer feedback and understand who was buying and what they were looking for. Grace co-wrote her third book, Freak Week, with her most active fans by inviting them to submit new chapters every week. And SoulCycle CEO Melanie Whelan developed a loyal following by creating a positive workout experience people craved and then enhanced it by building a strong community among the instructors and riders. Instead of telling people what they should want, all of these #girlbosses took the time to listen to what people actually *did* want.

Had a great conversation with @poppyharlowcnn and @kirstengreen- check us out tonight on @cnn around 7:30 ET! @birchbox

6. Ask and you shall (most likely) receive. When Harvard Business school grads Katia Beauchamp and Hayley Barna were trying to launch their new, unknown company Birchbox, they needed help from established makeup brands to get their sample subscription business off the ground. So they asked. Katia cold emailed CEOs of brands she admired, pitched them the business idea and asked if they wanted to be part of it. And the makeup brands said… yes. It goes to show, you’ll never get what you want if you don’t ask for it.

I can't wait to turn it up Tyra-style at The Fierce Up: @tyrabeauty LIVE + Model Search in Vegas August 22! I'll be sharing tons of beauty & biz knowledge, and we're gonna party, too! Plus, I'm looking for some NEW FACES for #TYRABeauty for our 2017 campaigns at the TYRA Beauty Model Search that same night. Show us what you got and you could be werkin' it with me on a photoshoot for my beauty biz! All sizes, heights, shapes, baby! Link in bio.

7. Can’t stop, won’t stop learning.Tyra Banks was the first African-American woman on the covers of GQ and the Sports Illustrated Swimsuit Issue, but she didn’t stop there. She became an actress. She created and produced America’s Next Top Model, now going into its 23rd season. She wrote a New York Times best-selling book. She got a business degree at Harvard and started her own beauty company. The multi-hyphenate powerhouse is always learning, always challenging herself, always growing. Staying fierce is an ongoing effort.

What are your favorite #girlboss lessons? Tweet them @BritandCo!