This Woman Applying 116 Coats of Nail Polish Is Mesmerizing AF 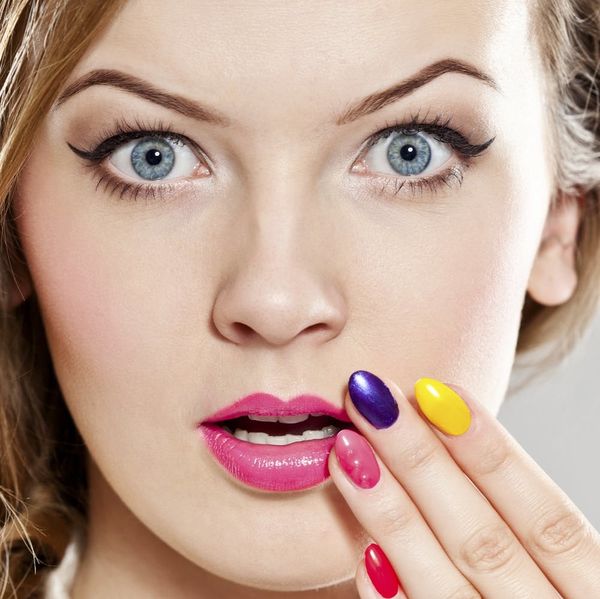 In the world of WTF-yet-weirdly-mesmerizing, we have vlogger Cristine of Simply Nailogical and her 116 layers of nail polish. Filmed while building the “polish mountain” during a full day (and overcoming a goopy false-start), the video follows Cristine as she adds layer after layer (after layer!) of nail polish from her ginormous collection (seriously, see her wall of polish and feel the jealousy burn as bright as the neon bottles). Urged on by her subscribers and viewers (who gave her the idea in the first place), the dedicated vlogger endures hour after hour of stroking on polish. The process is mesmerizing, as the end result is, well, a friggin’ mountain.

A friendly hand provides the occasional meal and much-needed caffeine, a kitty visits, Youtube videos are played to keep her going and the occasional Snapchat call is taken (with squees and squeals galore). It takes all day to conquer this feat, with Cristine laughing, yawning and polishing away throughout the process while also going a little loopy (whether from the polish fumes or the seemingly-never-ending process is debatable).

In the end, she manages 116 layers of polish before calling it quits as her eyes droop and her wrist gives out. The result? A truly weird AF manicure and one seriously mesmerizing video. Check it out below and be sure not to miss one second of this epic that Cristine (rightfully?) claims should get her into the Guinness World Records. Although she does ask if anyone can out-coat her with the hashtag #polishmountain, that would be quite the fingertip trek.

Did you find this as mesmerizing as it is weird AF? Tweet us @BritandCo!