The ’90s TV Series You Need to Watch, According to Your Zodiac Sign 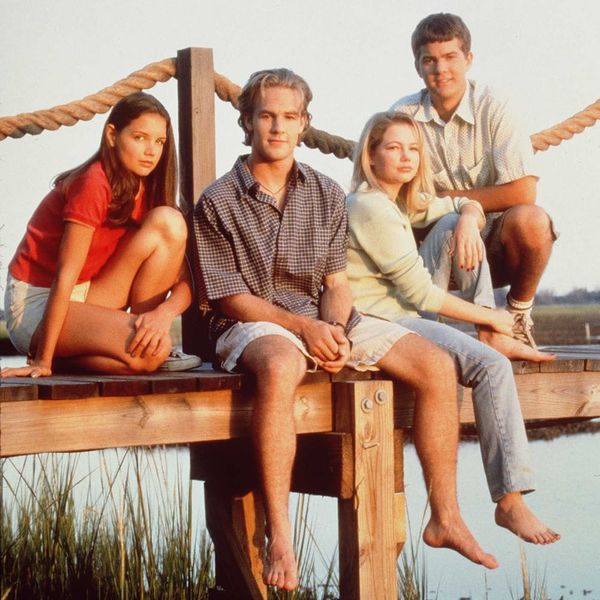 The only thing that gets us more nostalgic for the ’90s than toy commercials from the ’90s? The television shows they accompanied every night, from Sabrina the Teenage Witch to Full House. Sweet, funny, dramatic, or spooky — ’90s series’ were full of earnest emotion that rings true today, which is why we still love them so. And while we all had a favorite at the time, we figured it would be fun to revisit the best after all this time — through the lens of our zodiac signs, of course. Get ready for a retro-cosmic binge-watching fest.

Buffy the Vampire Slayer: Kicking ass is kind of your thing, Aries, so it should come as no surprise that Buffy is your cosmic soulmate. Ruled by Mars, you’re all action and have a fiery will to exist — which means Buffy’s physical prowess, confidence, and bravery fighting off vampires totally mirrors your own bold way of living. There’s no telling either of you no, and it’s usually for the best — you both totally slay whatever you put your mind (or stake) to. (Photo via Getty)

Family Matters: The name says it all, right, Taurus? You’re someone who feels most like yourself at home, surrounded by those you love most, and Family Matters gives you all those heart-warming feels. You revel in simplicity with your feet firmly planted on the ground (you’re a fixed Earth sign, after all!) — and what’s more comforting than a family of five (plus an adorably annoying neighbor) working through daily life with love and humor? (Photo via ABC Photo Archives)

Sister, Sister: Not only are Tia and Tamera Mowry twins, but their opposite personalities also perfectly encapsulate your own dual nature, making Sister, Sister your must-watch, Gemini. Studious and smart, Tia speaks to your intellectual nature, while free-spirited and fun Tamara taps into your curious, open vibes. (Photo via ABC Photo Archives)

Dawson’s Creek: So. Many. Feelings. Right, Cancer? The characters on Dawson’s Creek can relate, and they’ve got the ugly crying memes to prove it. Seriously though — you’re an emotional, sensitive water sign who’s ruled by the moon — and Capeside is a waterfront town full of teens who tune into every nuanced feeling they have. Somehow, though, their over-caring comes off as totally endearing rather than completely extra, and we know you love it (and Joey’s ‘tude). (Photo via Getty)

The Fresh Prince of Bel Air: You’re fun, funny, and love being the center of attention, Leo, making you and the Fresh Prince the coolest cosmic kindred spirits around. Will Smith plays his fictional counterpart with heart, hilarity, and just enough edge to not bore you (we know you live for drama). No doubt you’ll enjoy revisiting the family’s quick banter, Carlton’s dance moves, and Will’s creative outfits. (Photo via NBC)

Friends: Have you ever identified with a series character more than you do with Monica Gellar, Virgo? You’re both perfectionists with huge hearts and an anxious mind — but she’s not the only reason you still live for Friends. You feel most like yourself when you’re supporting others through their own journeys, and the Friends group is one #squad who has each other’s back through everything. (Photo via NBC)

Saved by the Bell: Every friend group has a sense of balance within it — there’s the leader, the peacemaker, the fun-maker, and so on, which totally speaks to your own inner balance, Libra. The high schoolers in Saved by the Bell have that same sense of harmony that makes their relationships work — something your inner diplomat definitely loves. (Photo via NBC)

Beverly Hills, 90210: The drama is real in Beverly Hills, Scorpio, and we know you are here for it. With only a few more plot twists and surprise endings than in your own passionate life, this ’90s classic is tailor-made for your emotional self. You’re a complex person who comes off as a little mysterious to others but demands to know the truth about everyone else (you’re definitely the detective of your friend group). So go ahead and channel some of this intensity into a Beverly Hills binge sesh. (Photo via Fox)

Clarissa Explains It All: You’re probably as confused about the alligator as we are, Sag, but you totally get Clarissa’s optimistic, open spirit. You’re both smart and funny people who value finding new experiences and learning new things. You’re also known as the zodiac’s resident philosopher with lots of ideas and opinions, and Clarissa, well, she knows how to explain it all. (Photo via Nickelodeon)

The Wonder Years: Hard work, dedication, and loyalty are major themes that run through all six seasons of TheWonder Years — and in your own life, Cap. Between Kevin’s bestie Paul Pfeiffer’s studiousness and Kevin’s dad’s entrepreneurial spirit, this quintessential ’90s show checks all your Capricorn boxes. Of course, the show’s heart is the family dynamic, and you’re nothing if not loyal to those you love. (Photo via ABC Photo Archives)

My So-Called Life: Rebellious by nature, you’ve always identified with the outcasts in the world, Aquarius, and My So-Called Life is full of those who just don’t quite fit in. There’s the lost-and-looking Angela Chase, brooding Jordan Catalano, and edgy Rayanne Graff rounding out the cast of characters full of individuality and spirit. You’re all sure to get along swimmingly as they navigate high school and you continue to fight against authority. (Photo via Mark Seliger/Getty)

The X-Files: The truth is out there, Pisces, and you’re as determined to find it as Mulder and Scully were in TheX-Files. You’re obsessed with everything otherworldly and probably have a psychic connection of your own, so a show centered around science fiction is right up your alley. You’re also a total romantic with your head in the clouds, which means the will-they-won’t-they vibe between the leads has got you shipping hard. (Photo via Fox Broadcasting)

Do you have a favorite ’90s series we left off our list? Tweet us @BritandCo and let us know which show you still binge watch!