“A Christmas Story Live!” Stirs Up a Snowstorm of Reactions 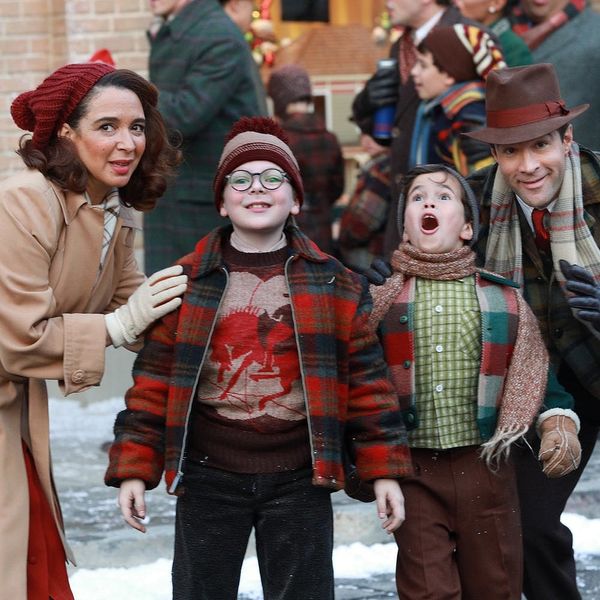 Fox’s live musical version of A Christmas Story was just what we needed to start the countdown for those final few days before the big holiday. Like most live musical TV specials before it, the televised stage version of the beloved 1983 movie stirred up a (snow)storm of reactions.

With a stellar cast including Maya Rudolph, Matthew Broderick, Ana Gasteyer, and Jane Krakowski, A Christmas Story Live! recreated the original film’s most classic moments — the little bro’s snowsuit, the turkey-stealing dog, the tongue on the pole, and, of course, the leg lamp — while tweaking outdated scenes and adding in new musical numbers not seen in the 2012 Broadway version.

Some loved it. Others hated it. But everyone seems to have had a strong reaction.

Maya Rudolph, who played Ralphie’s mom, gave us a performance that was enough to bring some to tears.

Why am I getting emotional watching Maya Rudolph play Mother Parker? It's so soothing how she sings so softly. #AChristmasStoryLive

And Ana Gasteyer, as the Hanukkah-celebrating Mrs. Schwartz (the mom of Ralphie’s friend), was just as moving.

Ana Gasteyer is an absolute joy. In my opinion. #AChristmasStoryLive

Jane Krakowski stepped up as Miss Shields and proved why she’s a Tony Award winner.

And no one is going to argue about how amazing the younger members of the cast were.

THESE. KIDS. So much talent!! #AChristmasStoryLive

Some thought Matthew Broderick’s part was a little confusing, though. While the original movie did have an older version of the main character narrating the story, the live version decided to bring Broderick (cast in the adult role) onto the stage. Standing around, unseen by the rest of the characters, he seemed… out of place.

If you're watching this without seeing the movie first, you'd think it's about Matthew Broderick stalking a family and no one seems to care. #AChristmasStoryLive

A few viewers thought the entire thing was a bust.

And didn’t appreciate this take on the much-loved film.

#AChristmasStoryLive found a way to take a simple, well told, comfortable story and turn it into a 3 hour mess of unneeded crap. -Mike

However, there were some high points.

I am LIVING for the racial and body diversity in #AChristmasStoryLive. Amazing representation for everyone!!!!

And a lot of people appreciated the newer version.

The super-talented cast of #AChristmasStoryLive brought a diverse, thoughtful, really ambitious version of a beloved film to the screen—and along with it a bit of sweetness, goodness, and joy in a time when it is severely lacking.

I ain't complaining about anything.

Some want to watch it all over again.

While others are already looking ahead to the future.

I can't wait til next Christmas when Fox does 'Die Hard Live! The Musical' featuring such showstoppers as 'Shoot The Glass' & 'Yippee-Ki-Yay, MF'. #AChristmasStoryLive

What did you think about Fox’s live musical version of A Christmas Story? Let us know @BritandCo!