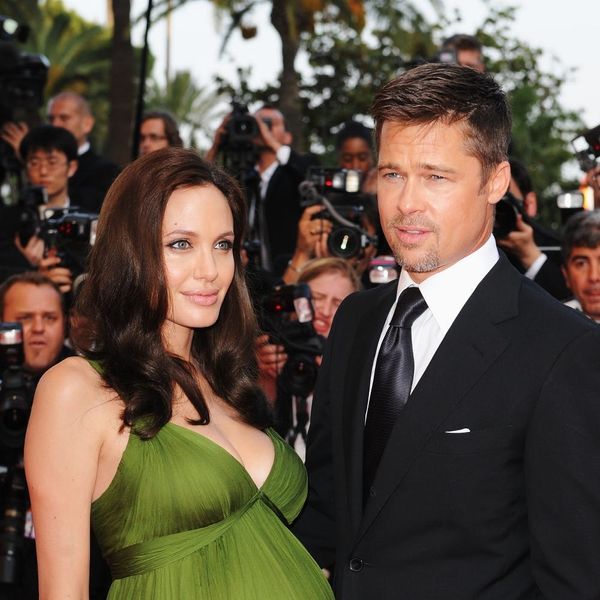 While the Internet continues to reel over the news that Angelina Jolie has filed for divorce from Brad Pitt, we can’t help but think back to the happy years. From their starring roles together in 2005’s Mr. & Mrs. Smith to every major part since, they’ve walked arm-in-arm together on the red carpet and given the world a glimpse into their love. As deets start to dribble out about the end of their marriage, here are some of Brad and Angelina’s best red carpet moments together.

It all started with Mr. & Mrs. Smith, the film the two co-starred in together while Brad was still married to ex, Jennifer Aniston.

By the time the duo started making regular red carpet appearances together, it was clear there was a new A-list pair to keep an eye on.

Though some celeb couples like to keep it cool when it comes to public appearances, Brad and Angelina seemed to always be willing to hit the red carpet with their love. Whether it was Angie on Brad’s arm for his starring roles, or Brad being Angelina’s +1 to events like the premiere of A Mighty Heart, they always looked as fab as they did loving.

When Angelina Jolie and Brad Pitt showed up for the Kung Fu Panda premiere during the 61st International Cannes Film Festival in 2008, there was no doubt their love was, er, growing. Angelina’s draping green dress showed off her baby bump while the expectant parents did their red carpet thang.

By the time the Oscars rolled around in 2009, Angelina was (obvs) no longer preggo and was ready to slay in a form-fitting black dress with gorgeous emerald earrings. Brad was keeping things classic as usual with his perfectly tailored tux.

But of course, Angelina wasn’t about to be remembered for her earrings, which is why BAM! At the 84th Annual Academy Awards, Angelina took the slit to a whole new level with her perfectly perched leg popping out for the dramatic stance worth a thousand pics. Brad’s hair, on the other hand, had peeps split between those who were into the length and his slightly rough look, while others were just not into it at all.

Though the couple didn’t always go for classy and super glam. At times, they were all about the wildly cool style. As cool as Maleficent‘s blue carpet instead of the fiery red.

The last red carpet appearance the two made was the premiere for By the Sea during AFI FEST 2015. Will this now go down in Hollywood history as their last red carpet together as a couple? It looks like that might be the case, but only time will truly tell.

What was your fave red carpet appearance by Brad and Angelina? Tweet us @BritandCo!