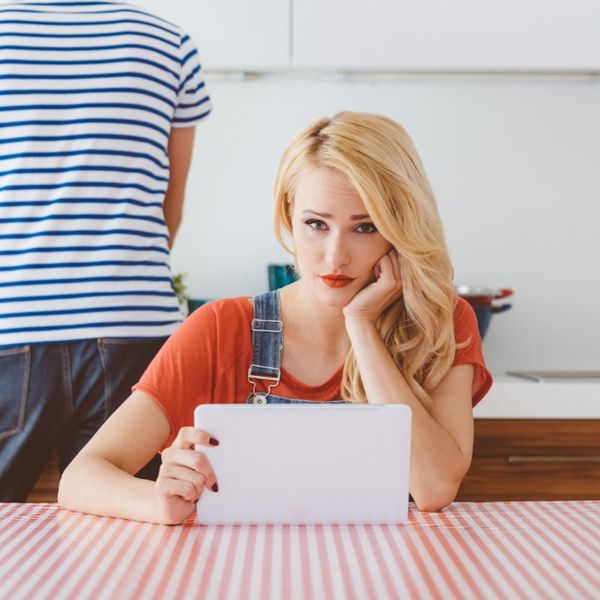 If you dare to turn on the television these days, or even attempt to scroll through your Facebook feed, you get bombarded by news of special investigations, mass shootings, and the looming possibility of a nuclear war. It’s enough to make even the toughest person feel weak in the knees. While some of us may be wondering whether we’re the only ones exhausted by the constant barrage of negative news, there is something to feel okay about: Over two-thirds of the country’s population feels the same as you. Let the commiserating begin!

Since 2006, the American Psychological Association has released an annual study covering just what makes Americans stressed out. Covering 3,400 people across the country, the APA aimed to get a picture of what’s making us sweat with fear, or worry about the future.

This year’s study, The State of Our Nation breaks down what we already know — most of us are sick, tired, and scared of the future. Fifty-nine percent of the population also believes that we’re living in the lowest point in the country’s history that they can remember.

When you dig deep into the study, the number one *specific* stressor for us — a whopping 43 percent of us — is the uncertainty around health care. Arthur Evans, APA’s chief executive officer, told Bloomberg, “Policymakers need to understand that this is an issue that is important to people, that the uncertainty is having an impact on stress levels, and that stress has an impact on health status.”

And although regular stressors like crime, work, and money are all weighing heavily on the minds of many Americans, 63 percent, or more than two-thirds of the nation, are worried about the future of our country overall. And for women, stress levels are even higher across the board.

Overall, Americans are taking time to combat stress by listening to music, walking, and meditating, which could lead to better health outcomes overall if we keep up the good work. On top of that, 51 percent of respondents say that their stress has pushed them into action — volunteerism is on the rise, and people feel more empowered to act.

Of course, we can’t just cut stress out of our lives. With so much bad news these days, it’s hard to stay focused on the positives. If there’s one thing we can take away from the study, it’s that we should use the tools we have available to us to help limit how stress affects our mental and physical health so that next year’s study will be a beacon of hope, and not a horror show.

How do you combat stress day to day? Tell us @BritandCo!