A Trump Dating Show Could Soon Be Underway, and No, We’re Not Kidding 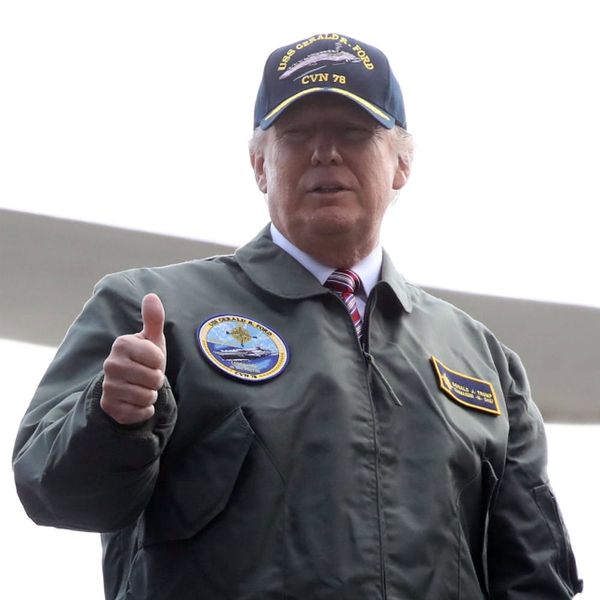 2017 is shaping up to be quite the entertaining year. Between the quirky new show from the Gilmore Girls creators to all the new Netflix comedies happening, we can’t wait to get our binge on. There’s one new reality project in the works, however, that has some balking at the thought: a dating series involving politics and an array of singles.

In an interview with The Hollywood Reporter, TrumpSingles.com (a website aiding Trump supporters in finding love with one another) creator David Goss has confirmed that he is indeed working with a production company to bring his website to life in the form of a competitive reality show. The site has seen a sharp increase in subscribers since November’s election, topping out at around 38,000 members, which makes it attractive to producers.

Attention ladies! There are amazing men to choose for on our #dating site! https://t.co/Zqfp55HUj9 pic.twitter.com/chwVlwKsPA

The show, however, is being teased with a twist, as daters seen on the show would actually have opposing political viewpoints (because, ratings). According to Goss, “I started TrumpSingles.com because of the divide in our country, and as this divide grows even further every day, we want to see if we can help bring people back together.”

Though it’s just in development stages for now, there’s a very real possibility that it could come to fruition, meaning potential drama beyond our wildest Bachelor dreams.

Have you ever dated anyone on the opposite end of the political spectrum? Tell us how it went @BritandCo!

Kat Armstrong
Kat has been a writer, social media maven and mom for longer than she's willing to admit. She's also spent time in front of and behind the camera, interviewing celebs, politicians and acting as a producer for fashion and artistic photography shoots. When she isn't writing for various orgs and publications, she's hanging with her kids, husband and French Bulldog, Peter, in Toronto, Canada.
Dating
Pop Culture
Dating Politics