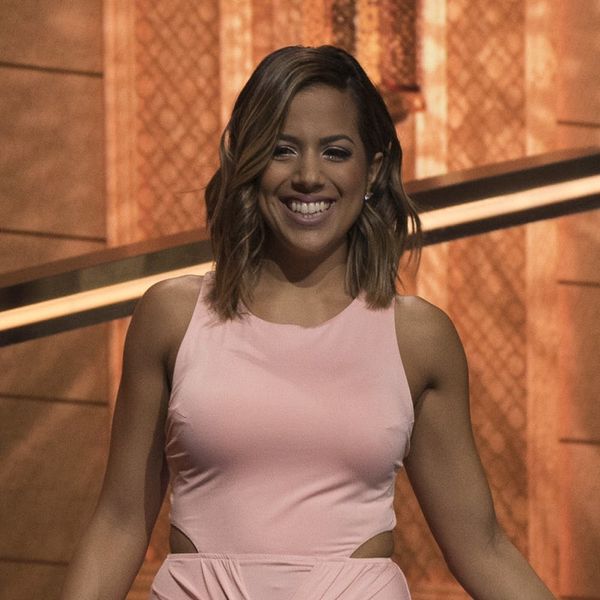 As Becca Kufrin’s controversial season of The Bachelorette moves forward and we eagerly await news of Bachelor in Paradise season 5, ABC’s latest show from the reality franchise masterminds is already off to a wild start. The mystery dating competition show The Proposal resulted in its first engagement on Monday, and the happy couple say they’re going strong.

Congrats to Mike and Monica! And, for those wondering…they are still a couple! Excited for them to explore life after #TheProposal. pic.twitter.com/qog4gdXby3

“We’re just starting to get to know each other, but it’s 100 percent real,” contestant Mike Crowe told People of his fiancée, Monica Villalobos. “I never thought I’d find someone like Monica.”

The premise of The Proposal is that a bachelor or bachelorette remains in hiding but judges a dating pageant of sorts, complete with first impressions, a bathing-suit round (?!), and a Q&A session. Contestants are eliminated until there is just one person left, at which point the bachelor or bachelorette can pop the question if they want — which Crowe did, telling Villalobos that he had been drawn to her from the first moment she walked onstage.

That was two months ago, when the show was taped, and afterward, the newly engaged couple went out to dinner to get to know each other. It turned out they had a lot in common, and though they still currently live long distance, they’re FaceTiming a lot and visiting each other, content not to rush into wedding planning just yet.

“The proposal is a promise to give it a shot,” Crowe told People. “It’s a promise to go out on some dates and give it a chance at love. And it’s still working out! Maybe we’ll look at a wedding down the road. We’ll cross that bridge when we come to it.”

What do you think of the premise of The Proposal? Let us know @BritandCo!