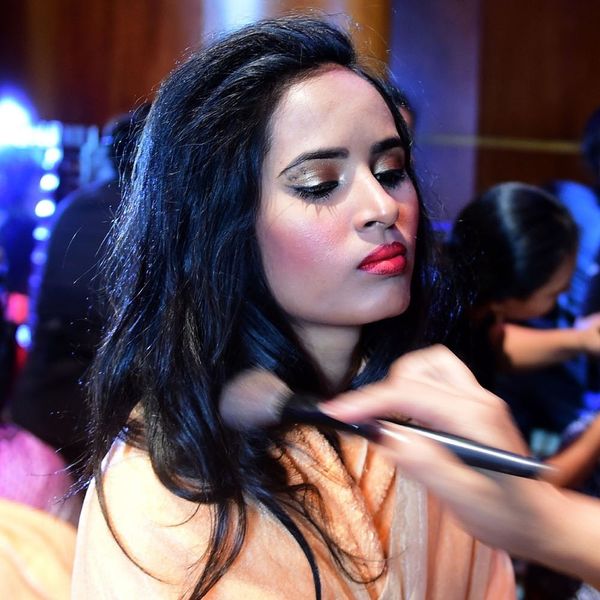 It’s been a crazy few weeks for fashion. We’ve had New York Fashion Week and Paris Fashion Week, with crazy hairdos and seriously clever shows. We want to draw your attention to another runway, though. Yesterday, 15 models walked in a Bangladesh fashion show called “Beauty Redefined” to mark International Women’s Day. But there’s a major difference: The models are all survivors of acid attacks.

According to Reuters, these attacks across South Asia are often in response to “insufficient dowries, rejection of advances or land disputes, disfiguring victims for life and ruining their prospects,” and the majority of the time, the victims are women.

The show was hosted by British charity ActionAid, and the rookie models took to the catwalk in designs by model-turned-designer Bibi Russell. “I want [these women] to have recognition,” she said. “Let them have life as a part of this world.”

And the models also shared some of their stories. Thirteen-year-old Sonali Khatun had acid thrown on her face when she was 17 days old because of a family property dispute. She had eight operations over almost three years in the hospital, but she never gave up hope, telling the audience she wants to be a doctor.

Another victim, Ganga Dasi, had acid thrown on her face at the age of 17 after she refused a marriage proposal. Before the show, she told Reuters, “I lost all hope to live… I am now more confident. I will not hide my face any more.”

What do you think about the show? Tell us @BritandCo.

Shea Lignitz
Shea can be found in the nearest bookstore or brewery, exploring the great outdoors, or blasting Led Zeppelin. She grew up in the cold and rain of Northern California's redwoods but is currently wandering around Texas.
Fashion Week
Beauty News
Fashion Week