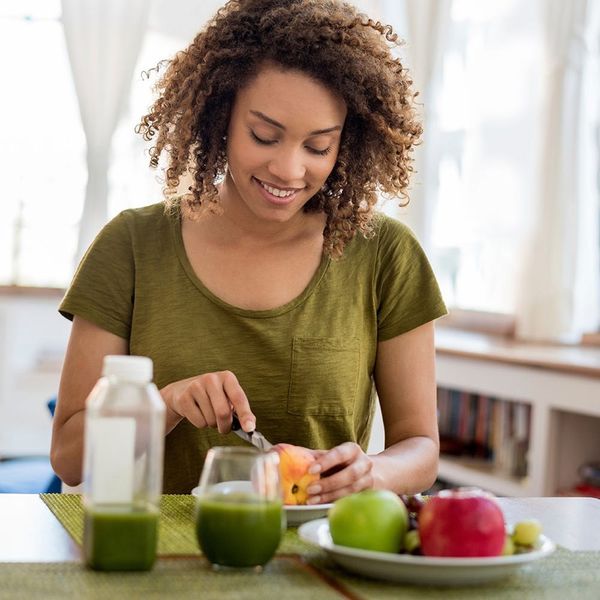 Here’s a problem we’ve probably all come to know at one point or another: Your friend tried this new crazy diet and now he or she looks amazing. So then you decide to try said diet and… nothing. Were you cheating without realizing it? Probably not. Everyone’s bodies have the weird (and sometimes super frustrating) tendency to respond differently to certain foods. You know, like that slim friend who survives solely on grilled cheese and candy. But it’s looking as though the diets of the future aren’t going to be made for the masses, but rather just for you.

Eran Segal and Eran Elinav are the biologists behind the Personalized Nutrition Project, an initiative that’s exploring the interaction between the gut microbiome and diet. In short, they believe that because everyone responds differently to foods, the future of diet plans should be based on an algorithm (you know, like Facebook) that will create a personalized food program for individuals – and it’s one that could include pizza.

In case you need some brushing up on those biology terms, a microbiome is the sum of all microbes (AKA bacteria) in a certain area of the body. In this case, they are focusing on the gut, where food is converted into sugar and then released into the bloodstream. From there, that sugar is either converted into energy or stored as fat.

The Personalized Nutrition Project began more than two years ago, and so far they’ve surveyed over 1,000 people. Participants are instructed to wear a glucose-monitoring device that records their levels of blood sugar every five minutes for a week. They also use a mobile app with which they document what they ate and when. So far the study has collected data on how each person’s glucose levels respond to more than 50,000 meals and snacks.

Additionally (and here’s where it gets a little bit icky), they’ve taken stool samples from 800 of those participants to get a closer look at the bacterial composition of their gut. Why oh why is this nessesary? Segal and Elinav know that the presence of a certain gene means that a certain kind of bacteria is present too. They combined this info with the recorded glucose responses and put together a computer algorith that creates a list of foods expected not to trigger a spike in blood levels.

Segal told NY Mag, “Already, we could see at a very large scale that, indeed, for any food we looked at, we could see a huge variability in the response. Some people, you give them sugar and they have a very faint response — even to pure sugar. Whereas others, they have a huge response. And this holds for basically every food that we examined.”

So what does this mean for the diets of the future? Well, Segal and Elinav told the magazine they could “see a world in which it becomes mainstream to mail stool samples into the lab to get diet advice.” If you can get over the general ick factor of that, it could mean that they’ll come back at you with a customized diet full of foods you would never expect to be included in a diet. And moreover, it could mean that salads will become ancient history.

JK, we love you, salad. Kind of… sometimes…

Have you tried a fad diet that just didn’t work for you? Share your experiences with us in the comments below.

Cortney Clift
Cortney is the senior writer and special projects editor at Brit + Co. She typically covers topics related to women's issues, politics, and lifestyle. When she's not buried behind her computer you'll find her exploring New York City or planning her next big adventure.
Health