This Artist Did Something Awesome With Her Bad Breakup Texts 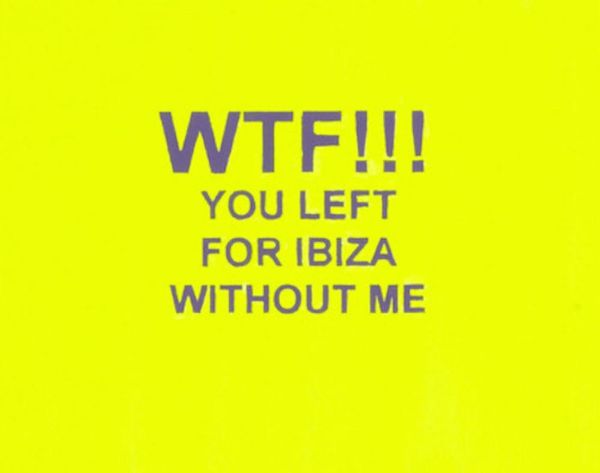 The breakup text. It’s just the worst. Artist Allison Wade is doing something interesting with her breakup texts though: She’s turning them into art. Her work largely focuses on relationships and modern communication, as The Cut reports, and her mediums include found voicemails, sexts and texts. Her latest exhibit is a part of the “It’s Not You” exhibit at New York’s Rick Wester Fine Art through January 10th. If you can’t make it to see the paintings in person, check a few of them out here.

It all started when Wade got a bizarre text from a guy she was dating that said, “I’ll contact you after the burial.” And then nothing ever again. After she couldn’t stop thinking about it, she went through her phone and found all the other old breakup texts that she had either sent or received over the years at the end of relationships. The resulting paintings range from heart-wrenchingly desperate to laughably disinterested to inexplicably weird. For some reason, we think she and Taylor Swift would get along really well.

Do you have any breakup text gems worth sharing? Please do in the comments!

Annie D'Souza
Annie is the founding father and editor-in-chief of The Midwestival and a long-time jean-on-jean enthusiast.
Art
Home News
Art
More From Home News