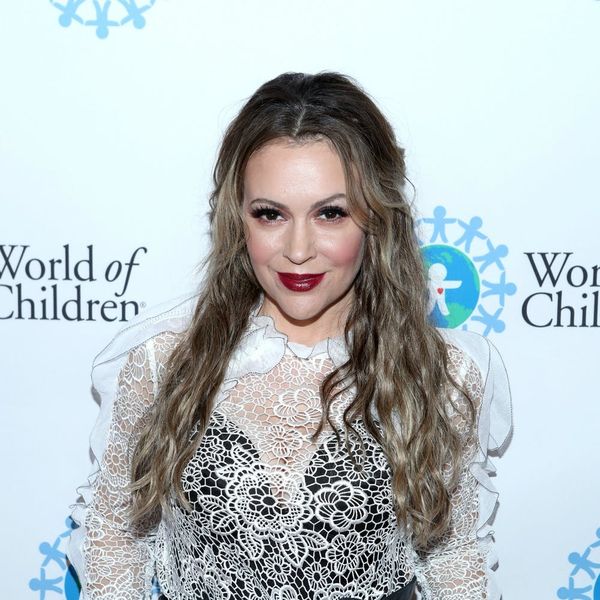 Alyssa Milano has embraced motherhood with her two children, Milo and Elizabella, with husband David Bugliari. While her second-born’s name is one of the more unique baby names we’ve heard, her five-year-old son’s name is shared with Milano’s one-time costar Milo Ventimiglia. And this is no accident: Milano revealed recently that the name was inspired, in part, by her friendship with the This Is Us star.

Following Ventimiglia’s recent admission that Milano was once his childhood crush, Milano told People that she had no idea she was his dream girl when they worked together on 2008’s Pathology. The two actors became friends on set, and when Milano confided in her on-screen hubby that she might have feelings for Bugliari (one of the agents at her Hollywood agency), the Heroes star told her to go for it.

“I used to confide in Milo Ventimiglia and say, ‘Is that weird if I date an agent that’s at my agency?’ and he was very, like, ‘No, if you’re compatible, you should go for it,’” Milano told People. “So I feel like he was responsible for my husband and [me] getting together.”

As for why she named her son Milo? “I loved that name, but when Milo was born, he just looked like a Milo to me and I thought it would be a lovely homage to Milo Ventimiglia for encouraging me to find my love,” she shared.

If that’s not true friendship, we don’t know what is.

Were you named after someone important to your family? Tell us @BritandCo!