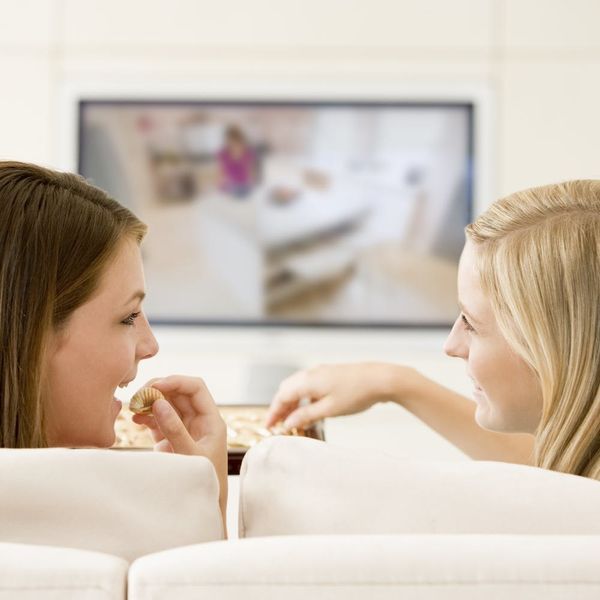 Nowadays, streaming TV shows is basically the new date night of choice (Netflix + chill, anyone?) and thankfully, we’ve got a whole range of platforms we can access for all the latest TV shows and movies to binge. Once one of our fave shows is over, we’re always looking for recommendations for a new show to watch. We’ve got the 411 on all the new movies and shows that are going to be coming to your Amazon Prime account for the month of April, so get ready to watch.

Amazon has made quite a name for itself with its hit originals like Transparent, starring the brilliant Jeffrey Tambor, and dystopic alternative reality show Man in the High Castle. This month, premiering on their streaming platform (and free for all Prime subscribers) is rom-com series Catastrophe (4/8) about a Boston ad exec, a London schoolteacher and an accidental pregnancy that happens over a business trip. Another Prime Original is New Zealand show Thunderbirds Are Go (4/15), a remake of the ’60s TV series Thunderbirds. The show uses scale model miniature effects and CGI, and stars Rosamund Pike of Gone Girl fame.

Catch up on all the political and comedic antics of Julia Louis-Dreyfus as VPOTUS turned POTUS Selina Meyer in the acclaimed HBO television series Veep (4/21). You’ll also be able to catch the chilling PBS series The Widower (4/18) based on the true story of serial killer husband Malcolm Webster. Also, don’t miss PBS Masterpiece Home Fires (4/18), that takes place in a rural English village shortly before the Second World War. Last but not least, there’s also the ITV miniseries The Great Fire (4/27) about The Great Fire of London that happened September 2, 1666.

Will you be checking out any of these titles? Tweet us @BritandCo!

Kimberly Wang
Kimberly Wang writes about all things pop culture, tech, style, and beauty. She's a Bay Area transplant and has an MFA in Creative Writing from Columbia University. On a sunny New York day, you can find her hanging out with her mini schnauzer Isabelle Jellybean on a blanket in Central Park.
Streaming
Tech
Streaming
More From Tech