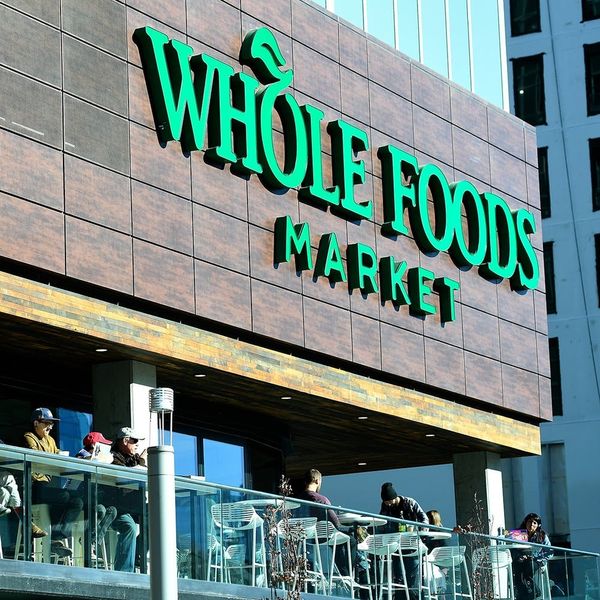 When Amazon bought Whole Foods, there was chatter that Prime members would score deals at the natural food market, but now those promises have become a reality. Starting June 27, Amazon Prime members NATIONWIDE will receive special discounts (look for the blue signs in the store) and an extra 10 percent off sale items that are marked by yellow tags to all WF locations including the Whole Foods 365 stores. *First* you have to download the Whole Foods Market app and sign in with your Amazon Prime account, which will open up access to the discount codes to be scanned in during check-out. And to think, we’ve only been using our Amazon Prime account to binge on Suits pre-Royal Wedding. There’s a whole new world open to us now!

According to the press release, these mark-downs will apply to hundreds of products. That’s not all though; there will be Prime-only offers on best-selling products too. For example, in a deal starting July 27, wild-caught Sockeye salmon will be $14 / pound (saving you $6 a pound). Organic red cherries will be $4 a pound (a $2 a pound discount). All bulk items will be a whopping 25 percent off.

And *remember* Amazon Prime members are eligible for a free two-hour delivery on Whole Foods Market groceries through Prime Now in the following cities: Atlanta, Austin, Baltimore, Boston, Cincinnati, Dallas, Denver, Los Angeles, Philadelphia, Richmond, Sacramento, San Diego, San Francisco, and Virginia Beach with plans for more roll-out in 2018. And if you happen to have an Amazon Prime Rewards Visa Card, you can receive five percent back on Whole Foods Market purchases. Yes, it looks like Amazon *really* wants to keep its Whole Foods customers a healthy dose of happy.