Amber Tamblyn on Accusations of Racism Against Her Husband: “I Believe” Charlyne Yi 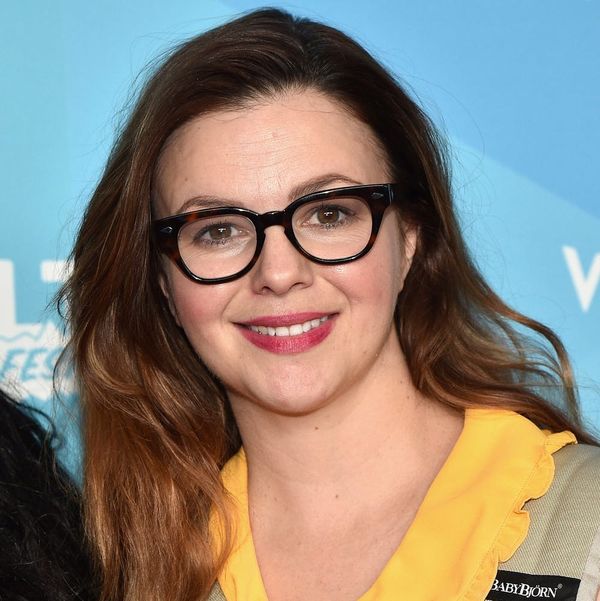 Comedienne and actress Charlyne Yi took to Twitter on Oct 16 to recount a strange meeting with comedian David Cross 10 years ago — one where Yi alleges the Mr. Show actor used racist language toward her when the pair were first introduced — and Cross’s wife, actress Amber Tamblyn, is defending Yi and telling critics not to demand she answer for her husband’s words.

Then after he saw I was offended he asked me if I was going to fight with him karate in a southern accent. Then a few years later he was re-introduced to me after my comedy show with his girlfriend at the time & he said "Hi nice to meet you".

Yi recalls that, when she first met Cross as a 20-year-old, he responded: “What’s a matter? You don’t speak English? Ching-chong-ching-chong.” Yi explained that she understood, even then, that Cross was condescending to her during their initial meeting.

Yi further clarified that when the actors met a second time, and Cross was with his then-girlfriend, he did not use racially charged language toward her.

The next day, Cross released a statement via Twitter. In his tweet, the actor said, “I do not remember it like she remembers it,” adding, “perhaps we are both misremembering *exactly* what happened that night.” He hashtagged his statement #Rashomon, which some have noted was a comparison made in extremely poor taste. (Rashomon is a Japanese movie where differing accounts of a rape and murder are played out on screen. Yi is mixed race Filipino, Korean, Mexican, Irish, Spanish, and Indigenous).

I spoke to @charlyne_yi and her feelings/safety are all that matter to me. We’re good. I owe you nothing, Twitter. You’re lucky to have me.

This is the point at which Tamblyn felt it necessary to speak out in defense of her friend. “I spoke to @charlyne_yi and her feelings/safety are all that matter to me,” the actress tweeted, adding that the women are “good.” After some followers accused her of not respecting a WOC (woman of color), Tamblyn reiterated her stance and that she believed and respected Yi.

While many continued to berate Tamblyn for her husband’s inexcusable language against Yi, Tamblyn reminded people that women should not be held accountable for the deplorable acts of their male partners.

I will say this for the last time. Do not hold women accountable for the actions, decisions or words of their partners. Don’t. Do it.

This is the second time this week that Tamblyn has been forced to do emotional labor for the men in her life. Earlier this week, director Quentin Tarantino asked the actress to release a statement on his behalf regarding Harvey Weinstein.

Have you ever had to deal with the bad behavior of a partner before? Tell us how you managed it @BritandCo!