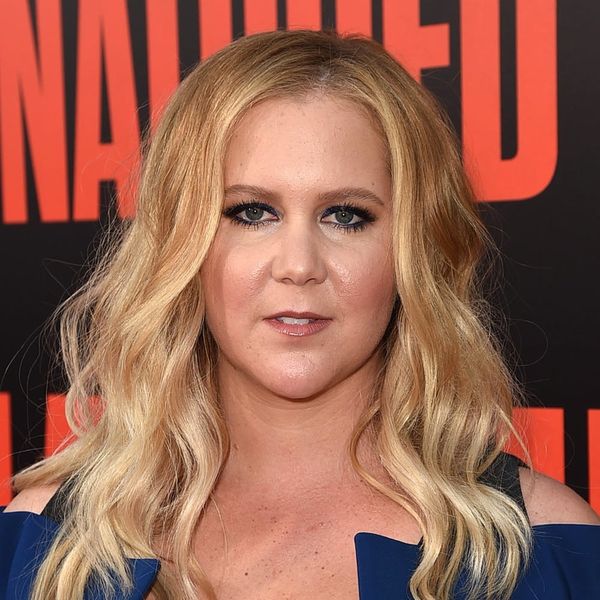 Amy Schumer has had a difficult pregnancy, resulting in show cancellations and even hospitalization due to hyperemesis gravidarum. Now, the comedian is opening up about what it’s like to continue to try to work through it, admitting it hasn’t been an easy ride.

“I didn’t know pregnancies could be such a bummer,” Schumer told Seth Myers on the Wednesday, March 21 episode of his late night show.

Schumer first announced that she and husband Chris Fischer were expecting back in October 2018, and has been candid about her struggle with HG ever since. Also experienced by Kate Middleton throughout her pregnancy, HG is a condition that causes severe nausea and vomiting during pregnancy, which can result in extreme exhaustion and dehydration.

“I threw up a bunch of times on the way here,” she continued. “Worth it! Love you guys so much!” Schumer also said she’s grateful to have health care to be able to deal with the issues along the way.

Schumer revealed that while filming her latest Netflix comedy special, Growing, she had no choice but to take care of herself when needed. “You have no control over your body,” she said. “It’s just like, ‘Hope I don’t throw up all day and have to be in the hospital!'” The I Feel Pretty star admitted that she was quite sick for the two shows she filmed in Chicago, but luckily, adrenaline took over through most of her tapings and she was able to power through.

Additionally, Schumer revealed that she and Fischer do indeed know the sex of the baby, but aren’t treating it like a big deal as they don’t see it as prescriptive. “We don’t care. However the baby identifies,” she said. “As long as they don’t identify as a DJ. That’s disgusting.” Lol!