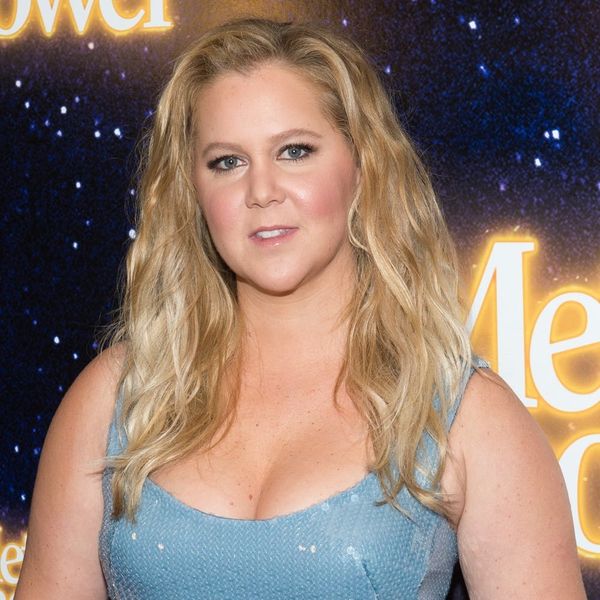 Congratulations are in order for Amy Schumer! The comedian pulled off an incredibly stealthy secret wedding this week and married her love, chef Chris Fischer, after a few months of dating.

Schumer shared a series of photos from the big day on Instagram, writing simply, “Yup,” to confirm the reports of her marriage.

According to reports from People and Us Weekly, the couple exchanged vows just before Valentine’s Day, on February 13, at a rented house in Malibu, in front of Hollywood stars including Jennifer Lawrence, Jennifer Aniston, Larry David, David Spade, and Judd Apatow.

A fellow comedian — though we don’t know who — reportedly officiated, and there was a no-photos policy in place, which is why we didn’t see any pics on the big day.

The two have been together since at least November, but the I Feel Pretty actress only publicly confirmed her relationship with Fischer this past weekend, when she hopped onto Instagram to share a love-filled pic of them attending Ellen DeGeneres’ recent star-studded 60th birthday bash. It was clear from the photo that their romance was going well, but we had no idea just how well.

Fischer is a well-respected chef whose Beach Plum restaurant is a favorite of Barack and Michelle Obama. He’s also the author of The Beetlebung Farm Cookbook: A Year of Cooking on Martha’s Vineyard, which won a James Beard Award. Not too shabby!

Are you surprised to find out that Amy Schumer is married? Let us know @BritandCo!