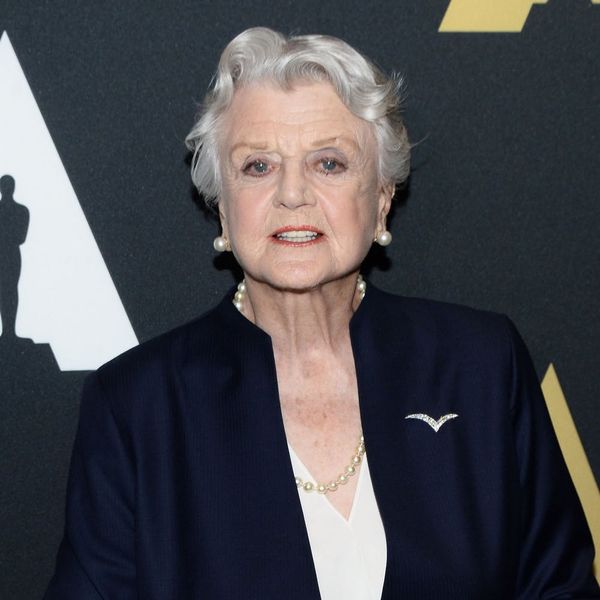 As Stassi Schroeder admits that she “f*cked up” and “let a lot of people down” with her comments about the #MeToo campaign, Murder She Wrote star Angela Lansbury is facing backlash for her own statements about sexual harassment and assault.

Lansbury allegedly told Radio Times that “there are two sides to this coin” of sexual misconduct. “We have to own up to the fact that women, since time immemorial, have gone out of their way to make themselves attractive. And unfortunately it has backfired on us — and this is where we are today,” she is quoted as saying.

“We must sometimes take blame, women. I really do think that. Although it’s awful to say we can’t make ourselves look as attractive as possible without being knocked down and raped,” she continued. “Should women be prepared for this? No, they shouldn’t have to be. There’s no excuse for that. And I think it will stop now — it will have to.” Referring to the recent wave of allegations in Hollywood, she added, “I think a lot of men must be very worried at this point.”

The actress’s comments sparked an immediate response online. Though some defended her because of her age (she’s 92), others were disappointed by her remarks.

My Gran is 88 years old and would never suggest that rape victims "must sometimes take the blame."

Angela Lansbury's age doesn't give her a free pass.

A spokesperson for the Rape Crisis England & Wales responded to Lansbury’s comments in a statement, telling The Telegraph, “It is a deeply unhelpful myth that rape and other forms of sexual violence are caused or ‘provoked’ by women’s sexuality or ‘attractiveness.'”

The statement continued: “Rape is an act of sexual violence, power, and control that has little to nothing to do with sexual desire. It is as insulting to men as it is to anyone to suggest they’re unable to take responsibility for their own behaviors and that the way a woman presents herself can cause them to lose control or force them to sexually harass or assault her. There is no excuse or mitigation for sexual violence and there is no circumstance in which it’s even partially the victim’s or survivor’s fault. Until we accept and acknowledge that, it will be very difficult for us as a society to reduce or prevent rape, sexual assault, sexual harassment, or sexual abuse.”

Desiree O
Desirée O is a ‘Professional Bohemian’ who loves anything and everything related to the arts, entertainment, and pop culture. She ADORES being a ‘Newsy’ for Brit + Co, covering all of the latest tidbits of awesomeness that you want to read about. When she’s not writing, she’s either making messy art, going on long adventurous walks with her camera, or poking around over at bohemianizm (http://www.bohemianizm.com/). You can find out about Desirée O and her work at http://DesireeO.com/ or follow her on Twitter @DesireeO.
Controversy
Current Events
Controversy