Stassi Schroeder on Controversial #MeToo Comments: “I Let a Lot of People Down” 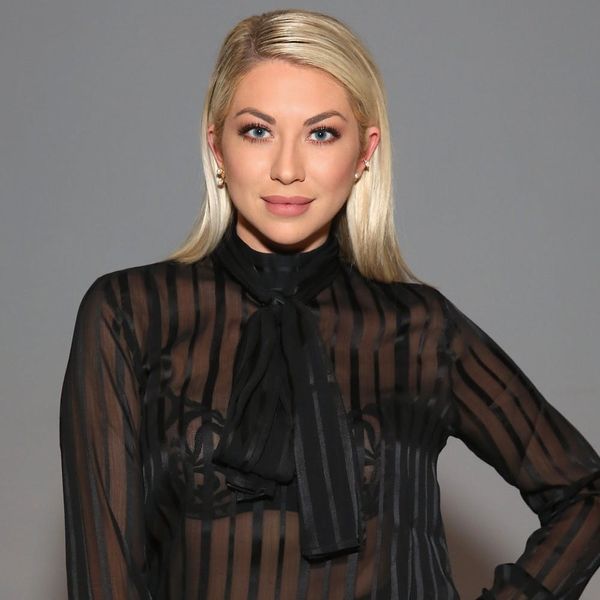 After apologizing over the weekend for her controversial comments on the #MeToo campaign, Stassi Schroeder is further reflecting on the error of her ways and acknowledging that she “f*cked up.”

The Vanderpump Rules star spoke with Entertainment Tonight on Monday to address the controversy she sparked with a recent (now-deleted) episode of her podcast, Straight Up With Stassi. In the episode — titled “Are We on a Male Witch Hunt?” — Schroeder suggested that some of the recent sexual assault claims may have been made by women who were unwilling to take responsibility for their own actions.

“At first, I didn’t realize that it was going to be such a big deal, and once the hours kept going by, and I listened to what people were tweeting me and what people were messaging me, I realized I f*cked up,” she told ET. “I do that often.”

She continued, “My podcast is an outlet that I have [where] I’m unfiltered and I like to have conversations where women, especially, feel safe to talk about whatever they want in whatever way they want to. I didn’t realize that I wasn’t informed enough to discuss what I was discussing. I have never been the victim of sexual assault so I don’t have the right to speak on that.”

She finished by adding, “Honestly, it made me really sad and I felt like I let a lot of people down and I’m sorry.”

Schroeder’s interview with ET came on the same day she posted a lengthy apology letter on her website, and two days after she first apologized for her comments. Though she initially attempted to defend herself by claiming that people were taking her statements out of context, she quickly changed her tactics after losing multiple endorsement deals.

“My podcast is an outlet for me to share my unfiltered opinion with listeners, but in my latest episode I crossed a line,” she wrote. “It was irresponsible of me to make generalized statements about a very serious topic, such as sexual harassment, as it is not my place to speak about anyone else’s experiences. I apologize. I will continue to speak my mind in my podcast, but will put more thought behind my dialogue going forward.”

What do you think about Stassi Schroeder’s statement about her controversial #MeToo comments? Let us know @BritandCo.