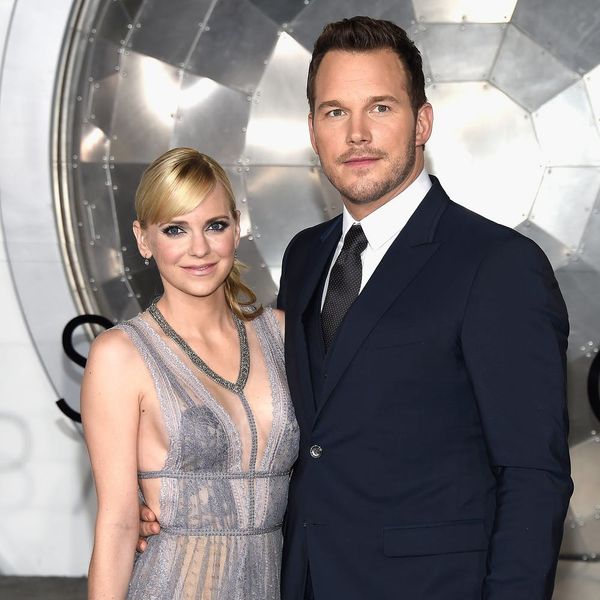 Last August, Anna Faris and Chris Pratt split up after eight years of marriage. At the time, they made a point of prioritizing their five-year-old son, Jack, and now Faris is opening up about how they make co-parenting work for them.

“We are great,” Faris told Extra of her relationship with Pratt. “There’s so much friendship and love, and we surround Jack with love, and funny, kind happy people, and as a result, he is really happy.” Staying friends and co-parenting their son is “hugely important” to the ex-couple, according to the Mom star.

Faris previously said that she and Pratt were staying friendly for Jack’s sake, but also because they still genuinely enjoy each other’s company.

“There is still so much laughter in our lives together, and he is so proud of me, still,” she said. “We watched each other grow, and he still cracks me up all the time. And I think I crack him up — unless he’s a really good actor and great at faking laughter.”

At the time of their split, Faris and Pratt said in a joint statement that they had “tried hard for a long time” and were “really disappointed” about the end of their marriage. And they weren’t the only ones. The couple’s goofy relationship had always been adored by fans, and the news of their separation hit hard, a reaction that wasn’t lost on Faris.

“It’s understandable that people seemed so invested in our happiness together,” she told People in the fall. But she reassured fans that, ultimately, the fundamentals of their bond remained the same. “All I can say about that is, it’s all true, that we truly adore each other, and we love each other, I think it still comes through.”

Do you have any co-parenting experience? Let us know @BritandCo.