Anne Hathaway Has Some A+ Thoughts About Her Post-Baby Bod 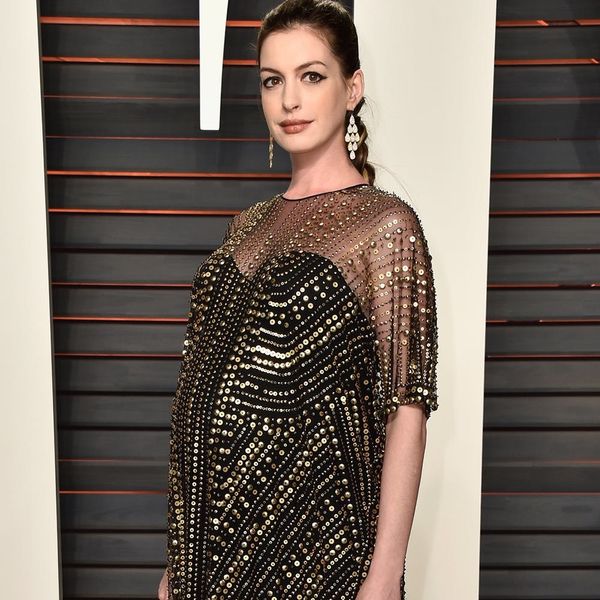 Ever since Anne posted her empowering baby bump bikini photo on Instagram, she’s kind of become a poster child for owning your maternity body. Anne welcomed her baby boy named Jonathan into the world just eight weeks ago and, like every other celeb, she’s currently working on that post-baby bod. While making a recent appearance on The Ellen DeGeneres Show, Anne spoke about her first time back at the gym and the totally sane mentality she kept in mind while there.

She explains that she works out in West Hollywood at a gym where you might see someone like “Thor’s trainer.” And while that would typically make her feel intimidated, she tells Ellen that being a mom has changed her in a lot of ways. “I feel a lot more confident when I walk into the gym,” she says.

To keep her self-esteem levels high while in the midst of all those muscles, she says she told herself, “Ya, I work out with five-pound weights… but I pushed a baby out my body. I feel good right now!”

She continues her story by explaining that during one of her recent trips to the gym, she was approached by a trainer who — after she told him she just had a baby — asked her if she was “trying to lose the baby weight.” Her response? “No, Brandon. It’s a little bit too soon to worry about weight. I’m just trying to regain my strength.” YAS, Anne, YAS! We couldn’t have crafted a better response ourselves.