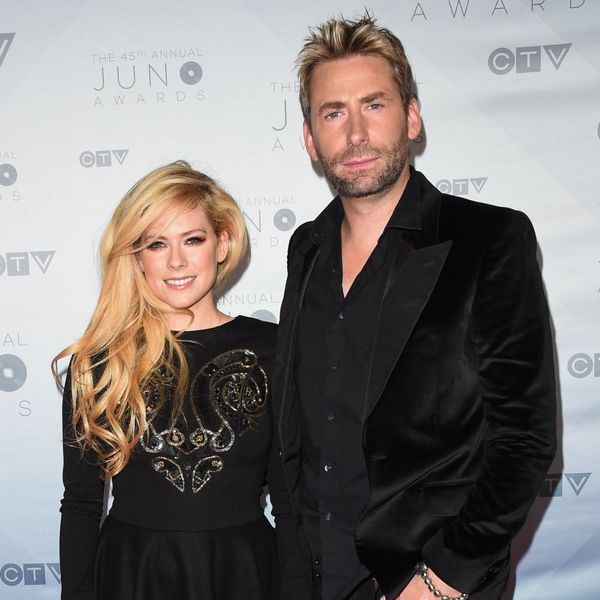 We may think stars’ days are filled with glitz and glamour, luxe living and getting all of the love from the folks around them. But even celebs endure bullying. From slight shade to full-on feuds, bullying in the biz can take shape in all sorts of ways. Though this time around, it was actually a (bad?) joke that’s sparked some ire. That’s because Avril Lavigne has accused Mark Zuckerberg of bullying Nickelback, and she’s not having it.

The sitch started when Mark Z took to Facebook to introduce his (totally fictional… for now) home AI system. Named Jarvis and mimicking the system made famous by Iron Man, Mark doesn’t quite have Tony Stark’s charisma, but he still does his best to handle the humor and tackle a few jokes.

Avril, though, didn’t find it funny.

Taking to Twitter, the “Complicated” singer who was married to Nickelback’s lead singer, Chad Kroeger, for two years has a few direct words for Mark. “When you have a voice like yours, you may want to consider being more responsible with promoting bullying, especially given what’s going on in the world today,” she wrote along with deeming his joke in “poor taste.”

Though it’s nice that she’s willing to come to the defense of her ex, peeps weren’t really feeling the bullying aspect, at least not in this case. And that includes her own fans who responded with…

Me when I saw @AvrilLavigne tagging anti-bullying organizations. pic.twitter.com/Dm4E1ORW7I

Do you think Mark’s joke was bullying Nickelback? Tweet us @BritandCo!

Desiree O
Desirée O is a ‘Professional Bohemian’ who loves anything and everything related to the arts, entertainment, and pop culture. She ADORES being a ‘Newsy’ for Brit + Co, covering all of the latest tidbits of awesomeness that you want to read about. When she’s not writing, she’s either making messy art, going on long adventurous walks with her camera, or poking around over at bohemianizm (http://www.bohemianizm.com/). You can find out about Desirée O and her work at http://DesireeO.com/ or follow her on Twitter @DesireeO.
Facebook
Celebrity News
Facebook