The 15 Best Pregnancy Announcements of 2014 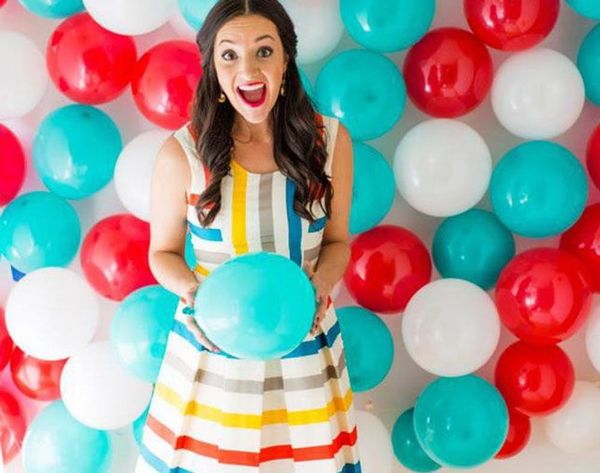 Pregnancy has its ups and downs. On one hand it’s totally awesome to have an actual human being growing inside you. On the other hand, it’s sometimes not so awesome to have constantly swollen feet and the world’s weakest bladder. Besides that life changing moment when you actually get to meet your mini me, one the of the most exciting times during your pregnancy is probably breaking the news to your man and loved ones. If you’re expecting and looking for a fun way to tell the world you’re expecting, take a cue from the top 10 baby announcements that happened this year.

1. Blake Lively’s Sunny Bump: Ever since Blake surprised the internet with this glamorous post on her site earlier this fall, the celeb has seriously been rocking the whole maternity thing.

2. Paul Rudd’s Pals: This couple just happened to run into the hilarious actor on the same day they were planning on announcing their pregnancy on Facebook (can you say lucky?!). Hopefully some of Rudd’s comedic genius rubs off on the little tike. (via Reddit)

3. Queen of Pop: The Voice judge and rock goddess, Gwen Stefani posted this photo on Instagram with the hilarious caption, “Was ready to hand over the crown, but I guess I am still queen of the house. #itsaboy #surroundedbyboys.” (via Gwen Stefani)

4. 1..2..3…We’re Pregnant: Who can forget about this super adorable couple who pranked all their friends and family in the nicest way possible. The soon-to-be parents broke the news by gathering their loved ones around under the pretense of a group of photo. But instead of snapping a pic, they stealthily switched to video mode and substituted “say cheese” for “Kat’s pregnant!” What ensued was an adorable array of “whaaat?!,” “really?” and “OMG!” (via YouTube)

5. Key to Happiness: Alicia Keys is looking like a Greek goddess in this stunning photo she shared on her Instagram. The romantic caption read: “Happy Anniversary to the love of my life… And to make it even sweeter we’ve been blessed with another angel on the way!!” We can’t wait for the family duets. (via Alicia Keys)

6. Welcoming Mila: In 2012, these two expecting parents shared a time lapse video on YouTube documenting their first pregnancy. The 90-second video went viral, reaching over 11.5 million views. Two years later, the pair is back with another time lapse to welcome a new member of the family with a little bit of help from the new baby’s soon-to-be big sister, Amelie. (via YouTube)

7. Baby Jordans: Nobody can escape the inevitable cuteness that is teeny tiny baby shoes – especially when they’re miniature Jordans. Kelly Rowland posted this adorable pic about six months ago. Now with a bump fully visible, the singer recently stripped down to pose for Elle in the nude. (via @kellyrowland)

8. The Nine Month Vine: Here’s a similar time lapse to the one above in a much more condensed format. New dad, Ian Padgham was able to transform the nine months of his wife’s pregnancy into a six second short. This takes newborn and pregnancy photos to an entirely new level. (via Ian Padgham)

9. Chalk It Up: Supermodel Molly Sims goes for the cute route my plopping her daughter Brooks in her lap with a “two years” sign and another chalkboard by her belly with a “4 months” sign. This isn’t the first adorable way Sims has announced she’s expecting. With Brooks she stuck the news in a fortune cookie and gave it to her husband. (via Molly Sims)

10. Big Sister Surprise: These unsuspecting sibling thought they were just getting a couple of cookie cakes, but much to their surprise they opened to the boxes to find a baby announcement. Their reactions are pretty priceless. (via YouTube)

11. Bare It All: No shocker here: Victoria’s Secret angel Doutzen Kroes wins the award for the sexiest baby announcement. Evocative of the classic Demi Moore photo but with just a budding baby bump, we definitely admire her confidence! (via @doutzen)

12. Up Themed Announcement: Expecting mom, Erika Jackson bought an art print of the Up house sitting on Paradise Falls (the couple loves all things animation) and wrote him a poem on the back subtly telling him that they were pregnant. His whole reaction is utterly adorable but the best part is definitely when he says, “we did it!” (via YouTube)

13. Canine Siblings: Before you’re blessed with a miniature human, your dogs are definitely your “children.” So when announcing her pregnancy earlier this year, the country star recruited the soon-to-be doggy siblings to help her break the news in these adorable sweaters. (via @carrieunderwood)

14. Balloon Baby: Arguably the most exciting announcement of the year (at least for us at the Brit + Co office) came from Brit herself this past Easter. We’re happy to report that baby Ansel is now out of Brit’s belly and is already looking super cute.

15. Bun In the Oven: Got the punny route like Stacy Keibler did with this Instagram photo of a bun literally in the oven. The photo’s subtitle was simply, “Look what we’ve got cooking! A Bun’dle of love!” Cute. (via @stacykeibler)

BONUS: Male Maternity Photos: Okay so maybe he isn’t actually the pregnant one, but this guy has the whole maternity photo shoot thing down pat. The brave dad-to-be posted these photos with the simple explanation: “My wife didn’t want to take maternity pictures, so I hired a photographer and took her place…” (via Reddit)

Did you bring a baby into the world this year? How did you announce you pregnancy? Share your story with us in the comments below.

Cortney Clift
Cortney is the senior writer and special projects editor at Brit + Co. She typically covers topics related to women's issues, politics, and lifestyle. When she's not buried behind her computer you'll find her exploring New York City or planning her next big adventure.
maternity
Parenting
maternity Pregnancy
More From Parenting